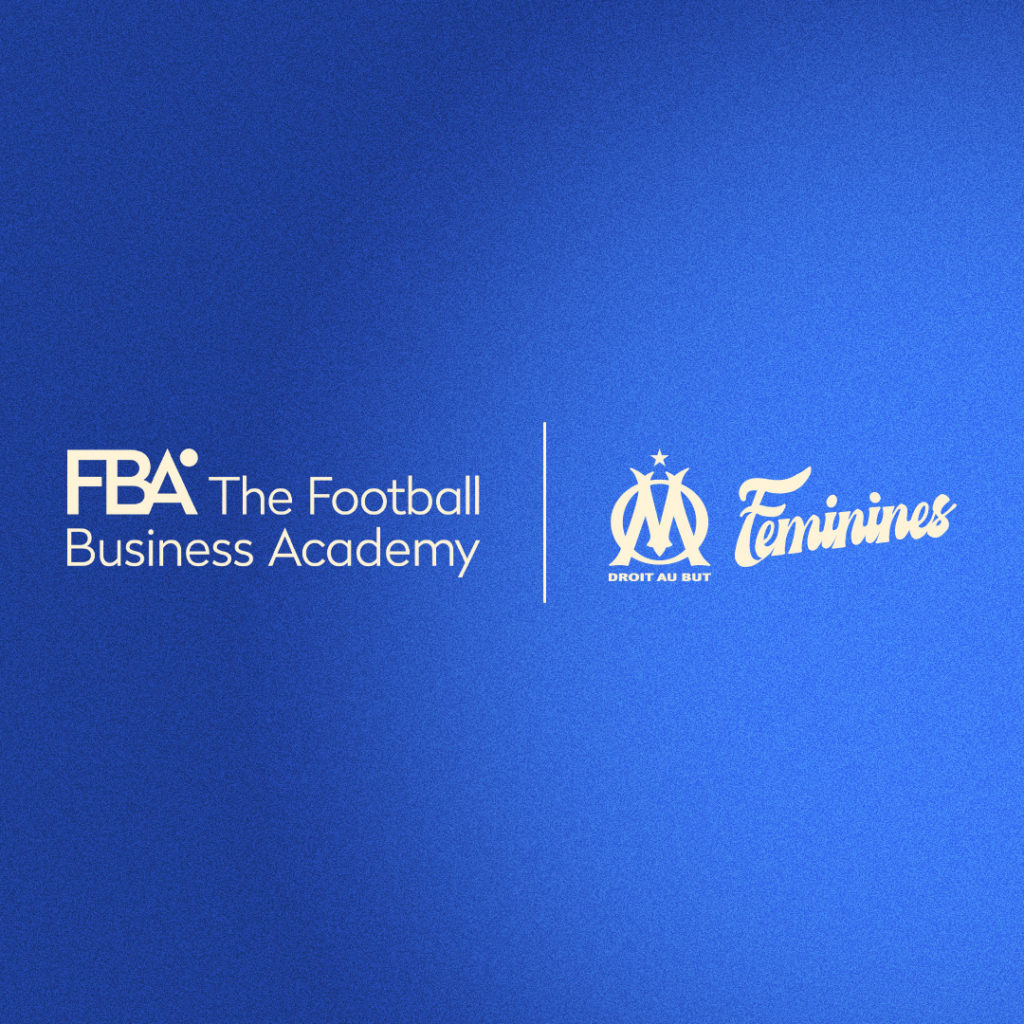 The Football Business Academy and Olympique de Marseille Féminines (OM Féminines) have entered into an agreement that will see the global leader in football business education and the professional women’s football club collaborate.

“We are delighted to partner with The FBA, a leader in football business education whose objective is to emphasize football’s professionalization and to prepare students for their future careers. This partnership symbolizes our common desire to educate and pass on to future generations, to accompany the players in their dual project and to develop women’s football. We are therefore very proud that The FBA is committed to us for the future.”

“We are pleased to welcome Olympique de Marseille into The FBA Family. As one of the most historic clubs in France and through our shared goal of professionalization, they are well positioned to leverage The FBA Candidates’ talent for OM’s future growth and development, with a special focus on its women’s football plans. We are very much looking forward to support the club and pursue different opportunities which will benefit all parties involved.”

The Football Business Academy is delighted to partner with Olympique de Marseille Féminines to take football business education and the women’s game to the next level.

Founded in 1899 in Marseille, OM has managed to grow exponentially and gain recognition in a short period of time. Indeed, the women’s team was launched in 2011, knowing a rapid rise to higher divisions reaching a 4th place in Division 1 in 2016. Currently playing in Division 2, a new project is being developed with arrival of a new coach, new staff and new players with ambitions and desire to make OM a strong place in women’s football.

With this mutually beneficial alliance we seek to collaborate on topics of strategic interest that will unlock valuable opportunities for both organizations, ensuring not just a holistic learning environment for our Master Candidates -future industry professionals- through internships and Student Business Projects; but also a variety of synergies aligned to the club’s business plan and development strategies, especially linked to women’s football.

Olympique de Marseille women’s team was recreated in 2011 and quickly climbed the various regional and departmental divisions to reach a 4th place in division 1 in 2016. Women’s first team players are currently competing in D2 Féminines and plays at OM Campus.