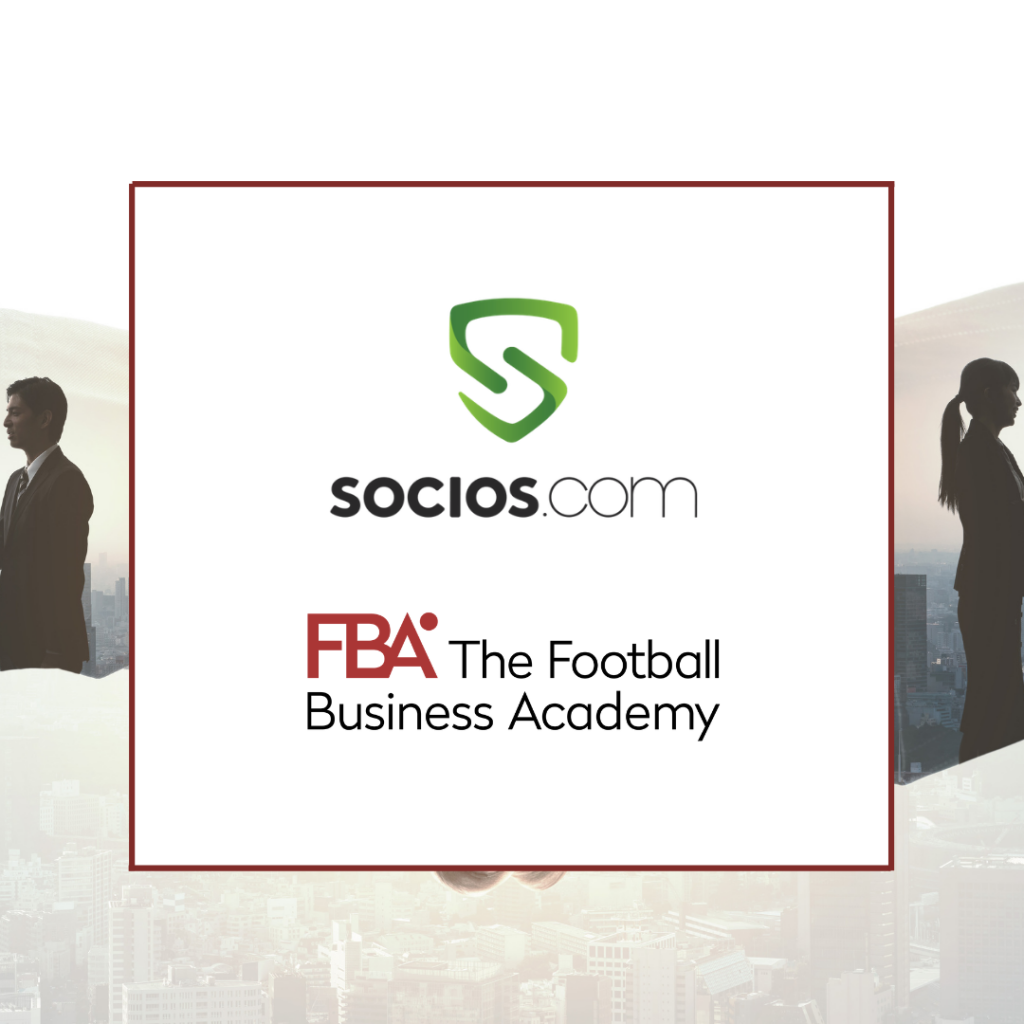 The Football Business Academy and Socios.com have entered into a partnership that will give FBA Candidates an opportunity to put their knowledge into practice by completing internships in various departments across the Malta-based organization.

“Socios.com operates at the forefront of innovation in the sports world, and we’re looking forward to welcoming FBA Candidates to the team, where they’ll be able to sharpen their skills in many different departments and work with myriad Socios.com partners from all over the globe. By partnering with The FBA, we hope to tap into their hotbed of talent, and in turn, that talent can contribute to the tech evolution of the football industry.“

“We are really excited to welcome Socios.com as the new Partner of The FBA! Our goal is to continue to innovate and make sure our Candidates are equipped with up-to-date knowledge, skills and also awareness of where the football industry is heading. Socios.com is definitely at the forefront of those developments and creating new ways in which clubs can generate revenue as they continue to go through the process of digitalization. As a result of that partnership, FBA Candidates will be able to get a better understanding of what sort of possibilities the blockchain technology creates for the football industry stakeholders and at the same time support Socios.com in expanding their network and developing international opportunities through internships, projects and consulting missions.”

Socios.com is a blockchain-based fan engagement app that enables sporting organizations to engage with and monetize their global fan bases through digital assets known as Fan Tokens.

Fan Tokens are scalable, tradeable and generate new transparent revenue streams for football and sports organizations by tapping into the passion of millions of sport fans and crypto enthusiasts globally.

Fans who own the tokens can vote on club-specific decisions such as choosing a jersey design, in-stadium entertainment, or picking the next charity initiatives and player skills challenges. Additionally, fans can get access to rewards, merchandise and other experiences such as VIP invitations to a meet and greet with the players, to exclusive dugout access on matchdays, and receiving signed official jerseys.

Socios.com launched in late 2019. To date, 20 major sporting organisations, including FC Barcelona, Juventus and Paris Saint-Germain have partnered with Socios.com in order to launch Fan Tokens . Fan Tokens are digital assets that provide owners with engagement opportunities, such as voting rights, the ability to compete in leaderboards and forthcoming features including Chat and Games. Fan Tokens also enable holders to earn club-related rewards, as well as discounts and other benefits linked to their clubs and club sponsors — a USP boosted by the launch of the Socios.com ‘I Am More Than A Fan’ VISA Debit Card. Dozens more organisations from football and other sports are primed to launch Fan Tokens before the end of 2021, with many more IP holders set to join the Socios.com roster of partners which already includes MMA giants UFC and the Professional Fighters League (PFL). We expect Fan Tokens to become the next generation of transactional based engagement for sports fans.

The Football Business Academy is a Swiss-based high level international educational institution whose goal is to professionalize the management of the football industry and facilitate the insertion of qualified professionals and future leaders in the game. Its flagship program, a Professional Master in Football Business, was co-developed with international football industry experts from around the world around one foremost objective: to provide Candidates with all the necessary tools and an optimal learning environment in order to succeed in this passionate and dynamic industry. Other partners of The FBA include Brighton & Hove Albion, Horizm, Olympique Lyonnais, Tonsser, and Benfica.