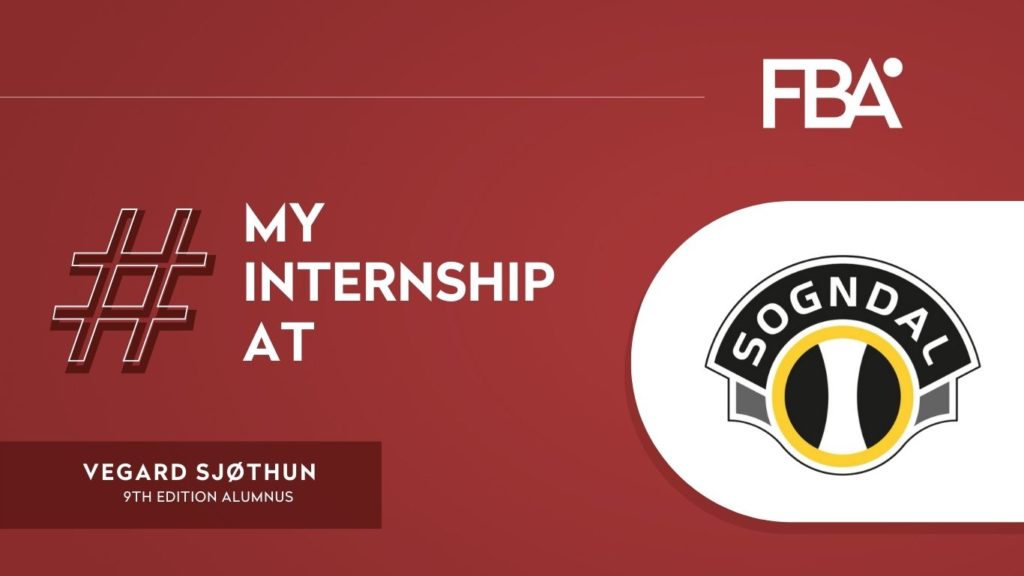 During my time at The FBA, I had the great opportunity to have my internship at the Norwegian club, Sogndal IL. I have a goal and wish of establishing my career in Norwegian football, and therefore it made a lot of sense for me to do my internship in Norway, even with the other opportunities The FBA’s amazing partners have to offer.

The mens’ first team currently find themselves in the Norwegian 2nd tier, fighting for promotion for the last few seasons, but it is a club with a rich history competing in the top division and with personalities like Tore Andre Flo (current Head Coach), Eirik Bakke (former Manager), and Håvard Flo (current Sporting Director). 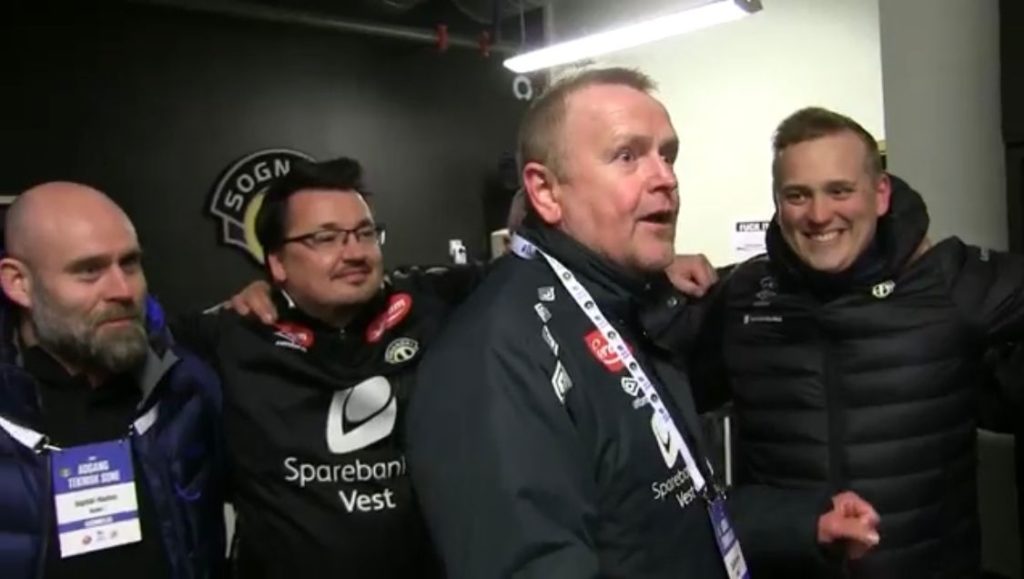 The club is located in a village in Western-Norway with 4200 inhabitants, and 12.000 people in the greater municipality. I have family living in Sogndal, which adds a special connection with the club as well. In this large business you may be quick to call it a small club, but when you experience it more closely, you would see things more differently. The club is such a big part of the community and village in general, and the centrepiece of the area.

I was lucky enough to start my internship when the club was implementing positive changes, evaluating what has been done and setting everything for new strategies:  A new manager was hired for the mens’ first team, and a new CEO for the entire club. There was a positive feeling and general energy from the change that was happening during this time. I could experience directly that some barriers were breaking down, and people were communicating better than before.

During my time at the club, I got to be a part of the marketing and media department, and the event planning department. In the beginning, together with a newly formed media team, I contributed to the creation of a new strategy for the club’s social media platforms. There were a lot of new ideas and wishes for a strategy, and it was important to choose what to prioritize for the future.

For the second part of my internship, I was handed bigger responsibility in the organization and execution of a tournament that the club is arranging together with one of their general sponsors. This tournament turned the whole village on its head, and it was a great way of promoting not just the club, but the village as a place to visit.

This was perfect for me as well, because one of the things I love about football is not always about what happens on the pitch, but how the game brings people together. My experience in Sogndal just underlines this point, because of the clubs’ position in the local area. Everyone living here knows what is going on with the club, and everyone is connected to the club in one way or the other.

One of the aspects that was very rewarding for me with my internship in Sogndal was how welcoming they were and how they made me feel part of the team from day one and their trust from very early on. I think it was one of the most unique experiences of my life and I am very thankful to my colleagues at the club for receiving me like they did. 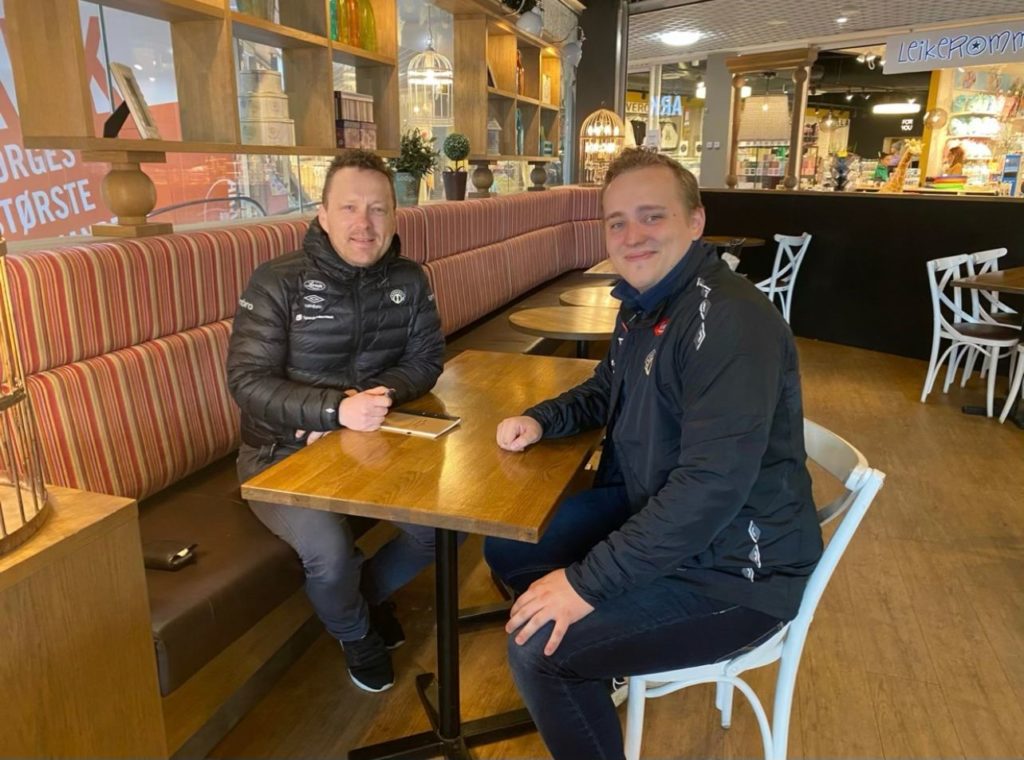 One of the main values of doing my internship at a smaller club was that I got to see how the club was being run in a closer way.

I also got trusted with bigger responsibilities from the very beginning. The thing I’m most happy about is that this internship confirmed to me that I am going in the right direction.

If anyone else is considering making a move for the football industry or another passion, I recommend taking the leap of faith, because the experience and efforts along the way really push you towards your goals. So, thank you to Sogndal Fotball and to The FBA for making this happen. It has been for sure a highlight in my path so far, and truly motivated me for the future!

Vegard is a 9th Edition Alumnus of The FBA’s Professional Master in Football Business. He can be contacted via LinkedIn.