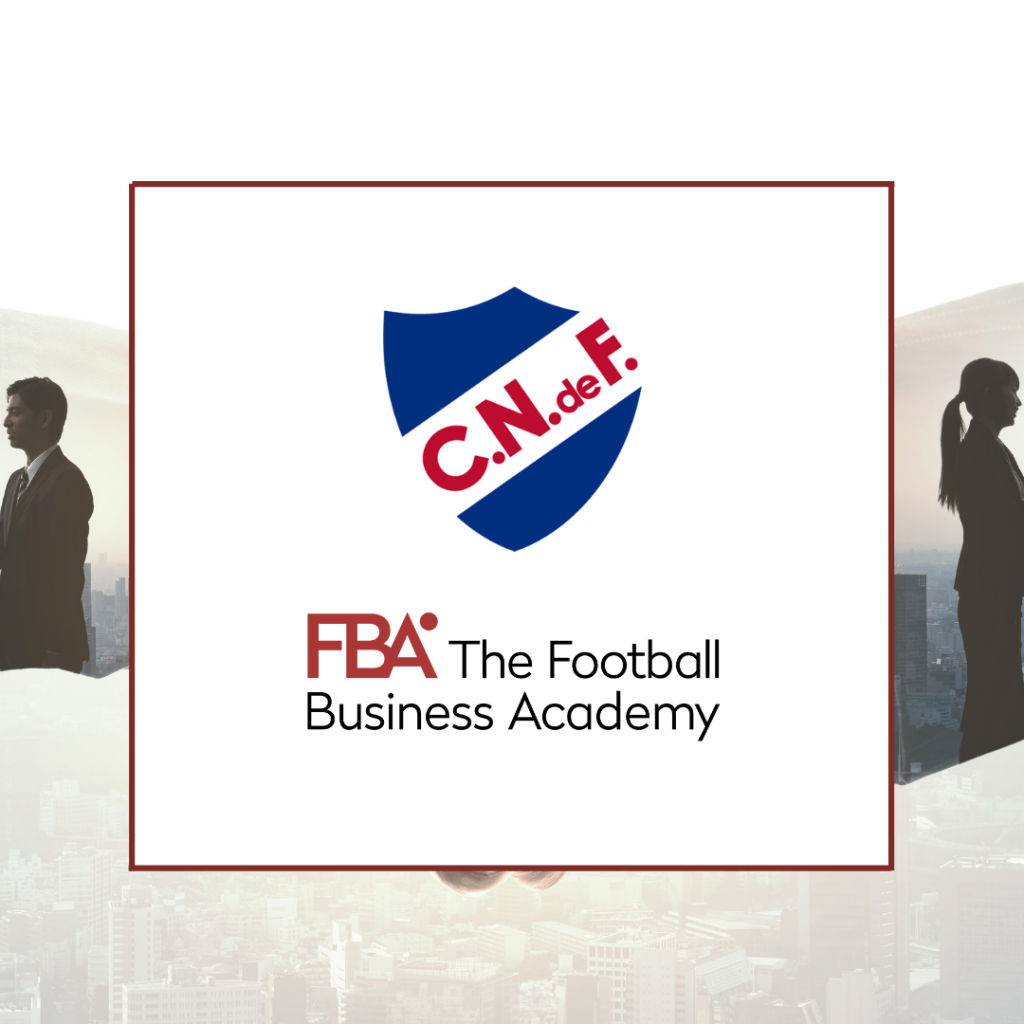 The Football Business Academy and Club Nacional de Football have entered into an agreement that will see the Swiss educational institution collaborate with the Uruguayan giants.

“We are very pleased to partner with The FBA. Their commitment to the professionalization in the world of football is aligned with one of the pillars of the Club’s strategic plan: the development of our people, which will allow us to be more competitive in all areas. We welcome talent with a high level of education to contribute to the goal of professionalization of the Club Nacional de Football.”

“It’s a real pleasure to partner with the historic club that is Club Nacional de Football, marking our first partnership in South America. Uruguay has been a hotbed for football talent for many years and having the chance to collaborate on the club’s strategic growth plans will be an incredible opportunity for FBA Candidates.”

The Football Business Academy is delighted to announce its first partnership with a South American club, Club Nacional de Football. The Uruguayan defending champions hereby join a network of other well established football clubs such as Benfica, Olympique Lyonnais, Galatasaray, Real Mallorca and Brighton & Hove Albion FC, among others.

Nacional, a historic club with strong values, has embarked upon a 5-year strategic plan which aims to increase their internationalization efforts, strengthen their financial stability, and focus more on youth players. It is in this context that the education, skills and passion FBA Candidates can bring to the club set up an environment for sharing new ideas and perspectives which can bring Nacional closer to its mission. Through activities such as internships and Student Business Projects, the club will be able to benefit continuously from the talent The FBA provides.

The club, which has won 47 domestic league titles and 3 Copa Libertadores among many other titles, plays its home games at Gran Parque Central located in the country’s capital, Montevideo. The stadium hosted the opening game in the first ever FIFA World Cup back in 1930 between Belgium and USA and held a total of 6 games. It was last fully refurbished in 2005, although a South American bid for the 2030 FIFA World Cup is likely to set up the iconic ground for a major revamp in the upcoming years. Nacional also boasts a strong women’s football team, who conquered the 2020 national tournament and competes in other sports such as futsal, basketball, athletics, tennis and volleyball.

Founded in 1899, Nacional is one of Uruguay’s top football teams and, thanks to its 159 official titles won, makes it one of the world’s most successful clubs. Identified by its blue, white and red colors, the club has never been relegated from Uruguay’s top flight while also being a regular participant in and 3-time winner of the continent’s top competition, the Copa Libertadores.

The Football Business Academy is a Swiss-based high level international educational institution whose goal is to accelerate the professionalization of the football industry and develop future leaders in the game. Founded in 2017, its flagship program – the Professional Master in Football Business – was co-developed with international football industry experts from around the world around one foremost objective: to provide Candidates with all the necessary tools and an optimal learning environment in order to succeed in this passionate and dynamic industry. Other partners of The FBA include Servette 1890 FC, Girona FC, Double Pass, Fnatic, and Horizm.