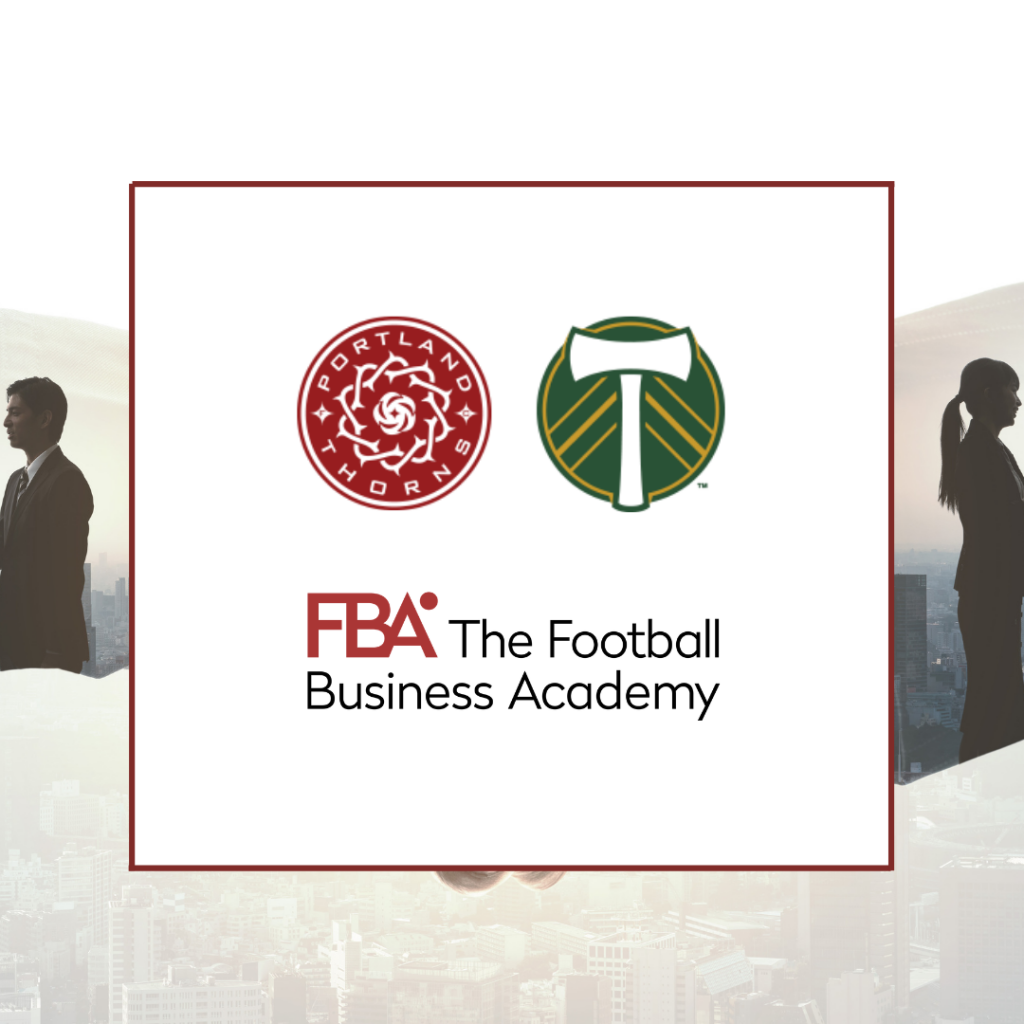 The Football Business Academy and Portland Timbers & Portland Thorns FC have entered into an agreement that will see the Swiss educational institution collaborate with the MLS and NWSL franchises.

“We are excited to be partnering with our longtime friends at The Football Business Academy. We are pleased to be able to support their important work in developing the next generation of leaders in the football industry.”

“We’re thrilled to have partnered with the great franchises that are Portland Timbers and Portland Thorns FC and welcome them into The FBA Family! The club is known for its topdown buy-in for treating the men’s and women’s teams equally – a best practice which has proven to deliver results both on and off the pitch. As the US football (soccer) market is growing strongly, this partnership will allow both parties to expand into new horizons and, most importantly, provide current and future industry professionals with relevant opportunities to grow, share and enrich their knowledge and experience.”

The Football Business Academy is delighted to partner with Portland Timbers & Portland Thorns FC. It marks The FBA’s first educational partnership with an American entity, after having already welcomed more than 30 partners from countries such as Spain, the United Kingdom, France, Portugal, Turkey and The Netherlands.

To kick-off this partnership, the Portland Timbers & Portland Thorns FC has sanctioned a Student Business Project focused on a marketing and brand study for the 2021 season. A group of international FBA Candidates will work with the club during a two-month period to identify key benchmarks, identify new strategies and opportunities, and present an action plan.

Both teams play their games at the 25,218 capacity Providence Park, one of the most historic football (soccer) grounds in the United States, which was also widely used during the 2003 FIFA Women’s World Cup. The Timbers won one (1) MLS Cup in 2015 while the Thorns won the NWSL Championship twice, in 2013 and 2017.

The Football Business Academy is a Swiss-based high level international educational institution whose goal is to accelerate the professionalization of the football industry and develop future leaders in the game. Founded in 2017, its flagship program – the Professional Master in Football Business – was co-developed with international football industry experts from around the world around one foremost objective: to provide Candidates with all the necessary tools and an optimal learning environment in order to succeed in this passionate and dynamic industry. Other partners of The FBA include Olympique Lyonnais, Real Mallorca, Common Goal, Soccerex, PTI Smarter Venues, and Benfica.