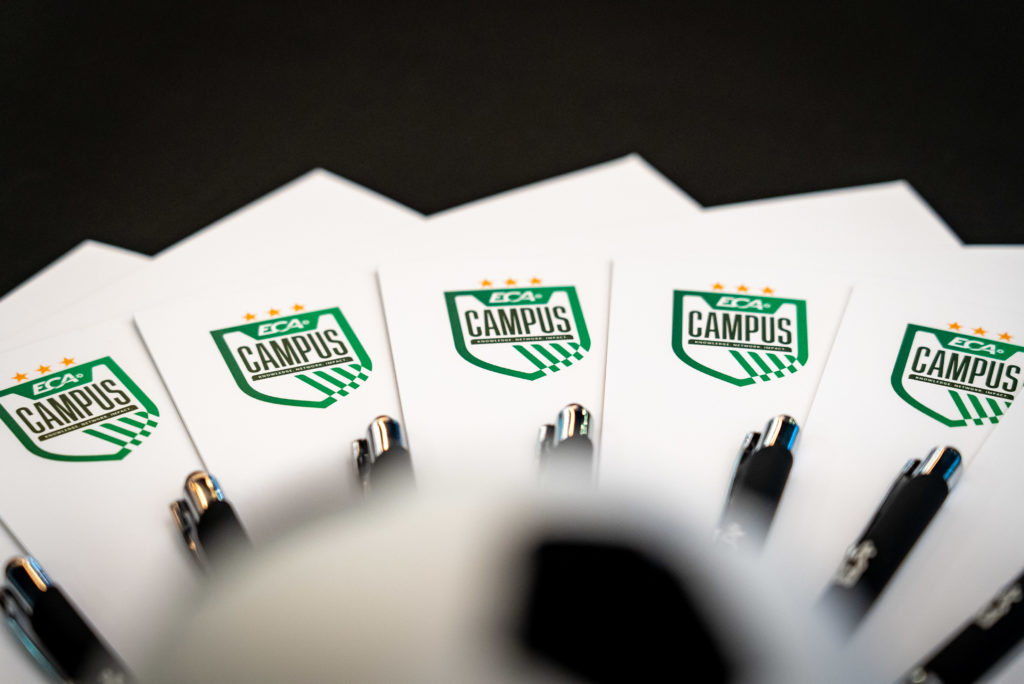 The Football Business Academy (FBA) and European Club Association (ECA) expand their partnership by collaborating on a newly created programme that kicked off today.

The Club Talent & Mentoring Programme (CTMP) seeks to provide the opportunity for young and talented club professionals at manager level or equivalent to expand their knowledge, develop key skills, grow their network as well as learn from the best in the business. It is intended to contribute to the development of aspiring leaders who may now be working in different areas that impact a club’s management and its success.

As the latest educational initiative of their recently introduced hub of excellence, ECA Campus, the CTMP is available to ECA Member Clubs and the ECA Network for individuals within a club’s management and administrative staff.

To provide knowledge, networking and growth opportunities are core aspects aligned with The FBA’s values and mission, which makes the global leader in football business education a perfect fit for this new challenge.

“Since the beginning of our journey it’s been a great pleasure working together with ECA and their stakeholders. We’re excited to continue building on the trust and synergies that exist between the organisations, now as Delivery Partners for their new Club Talent & Mentoring Programme. Being selected for the second time is a great testament to the quality and reach of The FBA’s team and services. ECA Campus’ vision is very much aligned to our mission and therefore I have no doubt that, like the CMP, the CTMP will become a huge success. I wish the participants of its inaugural edition all the very best.”

According to Sara Williams, ECA Knowledge and Education Manager: “the CTMP is a blended learning programme that will allow the participants to immerse themselves in online modules first and then enjoy a one week in-person module in Lisbon from 5 to 9 December 2022. That period will then be followed by 12 months of one-to-one mentoring from senior executives from the world of club football to directly pass on their skills and experience.”

You may find more information here.

The European Club Association is the sole, independent body directly representing football clubs at European level. Since its creation in 2008, ECA, the ‘voice of the clubs’, has positioned itself as an important and respected stakeholder in the international football landscape. ECA exists to protect and promote European club football. Its aim is to create a new, more democratic governance model that truly reflects the key role of the clubs. ECA acts to strengthen each of the clubs for the benefit of all and to ensure that club football is recognised by decision-makers as the main stakeholder in the game.

The Football Business Academy is a global leader in football business education whose goal is to accelerate the professionalization of the football industry and develop current and future leaders in the game. Founded in 2017 and based in Switzerland, The FBA is best known for its flagship degree – the Professional Master in Football Business – which is a 12-month program with two intakes each year. Furthermore, various football-related stakeholders seek the services of The FBA for the creation and/or delivery of a variety of tailor-made workshops, certificates, or diplomas. Other partners of The FBA include Benfica, Rangers FC, NWSL, Asian Football Confederation, Standard de Liège and Olympique Lyonnais.