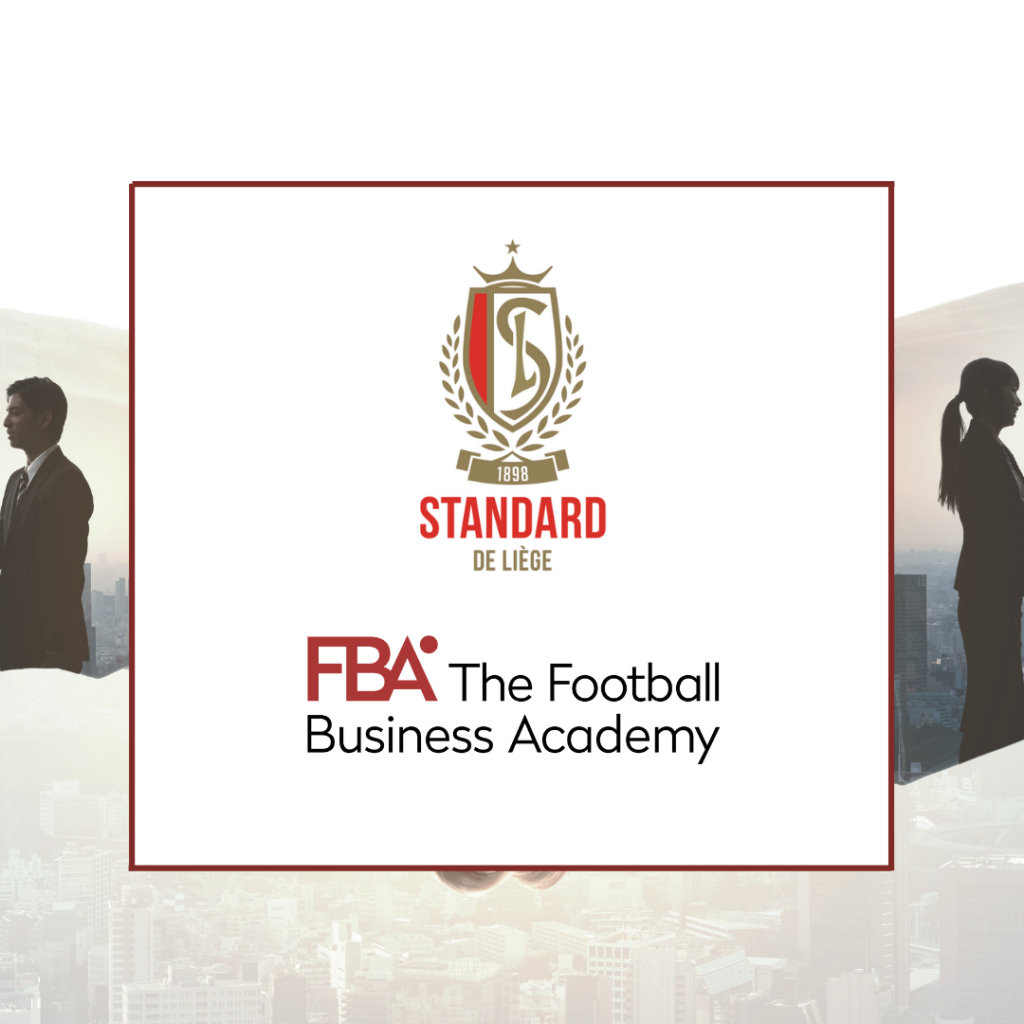 The Football Business Academy and Standard de Liège have entered into an agreement that will see the Swiss educational institution collaborate with the Belgian club.

“On and off the pitch, Standard de Liège is always looking for improvement. Addressing the future challenges today and developing innovative strategies is key to survive in modern football. In this scope, we are delighted to create a win-win partnership with The FBA Family which allows the club to benefit from external vision & innovative ideas of graduated students while at the same time, offering them the opportunity to gain experience on the field. We are looking forward to live together this educational experiment”.

“We are pleased to welcome Standard into The FBA Family. As one of the most successful clubs in Belgium and through this partnership, they are well placed to utilize FBA Candidates’ talent for future growth and expansion. We are very much looking forward to collaborating with everyone at the club and pursue these different opportunities which will benefit all parties involved.”

The Football Business Academy is delighted to partner with Standard de Liège, the first Belgian club to do so.

Standard is a historic club and considered one of “The Big Three” in Belgium, a country currently ranked #1 on the FIFA Men’s Ranking and #17 on the FIFA Women’s Ranking. The club plays its matches at the 27,670-seater Stade Maurice Dufrasne – “Sclessin”, which also hosted 3 games during the UEFA Euro 2000. One of Standard’s near-term objectives is to increase the stadium’s capacity to 35,000 and modernize the facility, allowing for more accessibility and convenience, commercial space, and esports zones.

FBA Candidates who get involved with the club will also be able to help it develop strategies and initiatives in areas such as internationalization, digital innovation, and women’s football. Through a combination of interactions such as internships and Student Business Projects, Standard de Liège will be able to offer relevant work experience in exchange for new ideas and perspectives thanks to high-level education FBA Candidates receive during the Professional Master in Football Business and the diversity of profiles they present.

Founded in 1898, Standard de Liège is one of Belgium’s top football teams, having won the Belgian league 10 times. Identified by its red jerseys, the club has been in the top flight without interruption since 1921, longer than any other Belgian club. Based in the city of Liège, the club has also regularly played in European competitions, most notably having been Runners-Up in the 1981-1982 UEFA Cup Winner’s Cup.

The Football Business Academy is a Swiss-based high level international educational institution whose goal is to accelerate the professionalization of the football industry and develop future leaders in the game. Founded in 2017, its flagship program – the Professional Master in Football Business – was co-developed with international football industry experts from around the world around one foremost objective: to provide Candidates with all the necessary tools and an optimal learning environment in order to succeed in this passionate and dynamic industry. Other partners of The FBA include ESSMA, Fortuna Sittard, Galatasaray, SportiveWays, Common Goal, and Benfica.