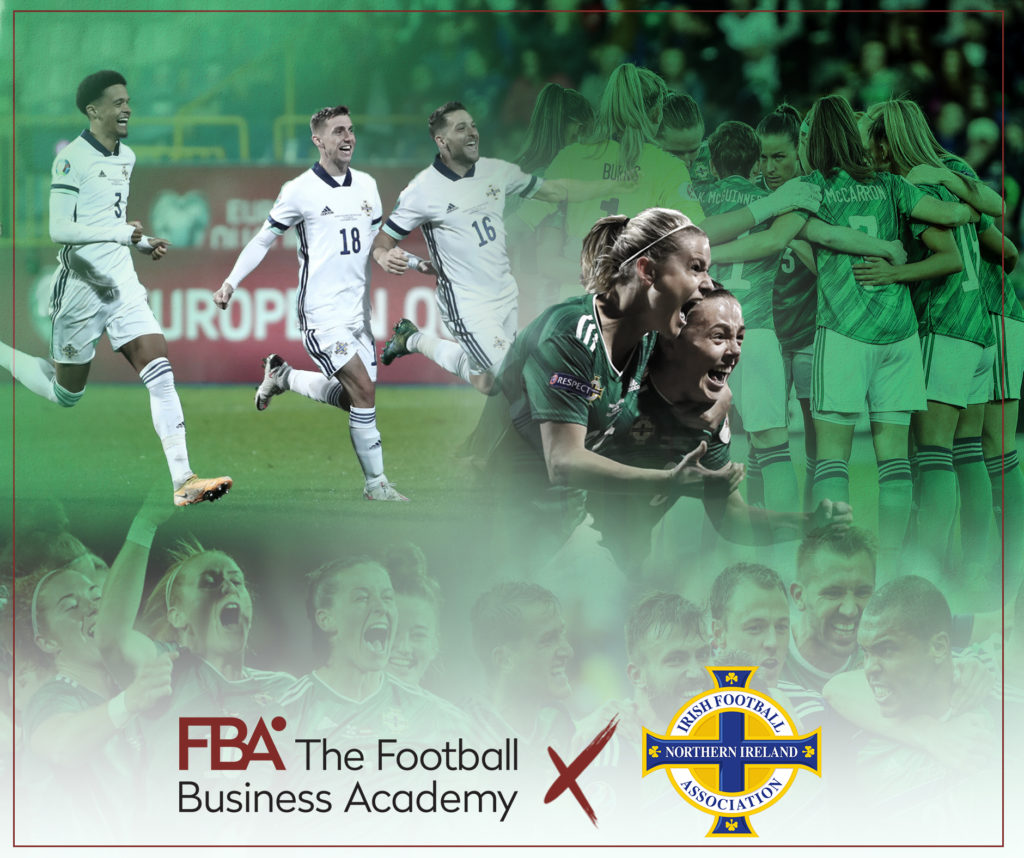 The FBA and The Irish FA Announce Educational Partnership

The Football Business Academy and The Irish FA (IFA) have entered into an agreement that will see the Swiss-global leader in football business education and the governing body for football in Northern Ireland collaborate.

“We are delighted to join the impressive roster of partners from across world football that The Football Business Academy has already enlisted. Our role at the Irish FA is to promote, foster and develop football for all, across Northern Ireland, and this strategic partnership can only help further this vision.

“It is with great pleasure that we welcome the Irish FA into The FBA Family. As the fourth oldest football governing body of the world, we are delighted to join forces and contribute to their long history of commitment to the development of the game throughout the country and its international presence. With our new partnership, we look forward to collaborating on the upcoming challenging projects of the FA with our Candidates and the whole FBA network”.

The Football Business Academy is pleased to announce the Irish FA as its brand-new educational partner.

With this alliance we seek to join forces to ensure a holistic learning environment for our Candidates – future industry professionals – where they can acquire working experience alongside qualified professionals, put their business tools into practice and develop new skills that naturally come from being involved in the real challenges faced by being involved with the Association.

While opening their doors to new talent, the Irish FA will have the opportunity to benefit from fresh perspectives on how to innovate and develop their strategic business activities as well as other synergies and interactions that are under the umbrella of our agreement, which is aligned to find meaningful ways to expand our horizons and advance our mission.

ABOUT THE IRISH FA

Founded in the Queens Hotel, Belfast back on 18th November 1880 the Irish Football Association is the fourth oldest governing body in the world behind the other three home associations. The aims of this fledgling, but ambitious, body were to promote, foster and develop the game throughout the island.

Up until partition in 1921 the IFA governed football across the entire island but a decision by the Dublin clubs to form their own association led to the formation of the FAI (Football Association of Ireland). Nowadays the IFA looks after the interests of the game in the six northern counties: Antrim, Armagh, Down, Fermanagh, Londonderry and Tyrone.

In 2005 the Association celebrated its 125th anniversary.