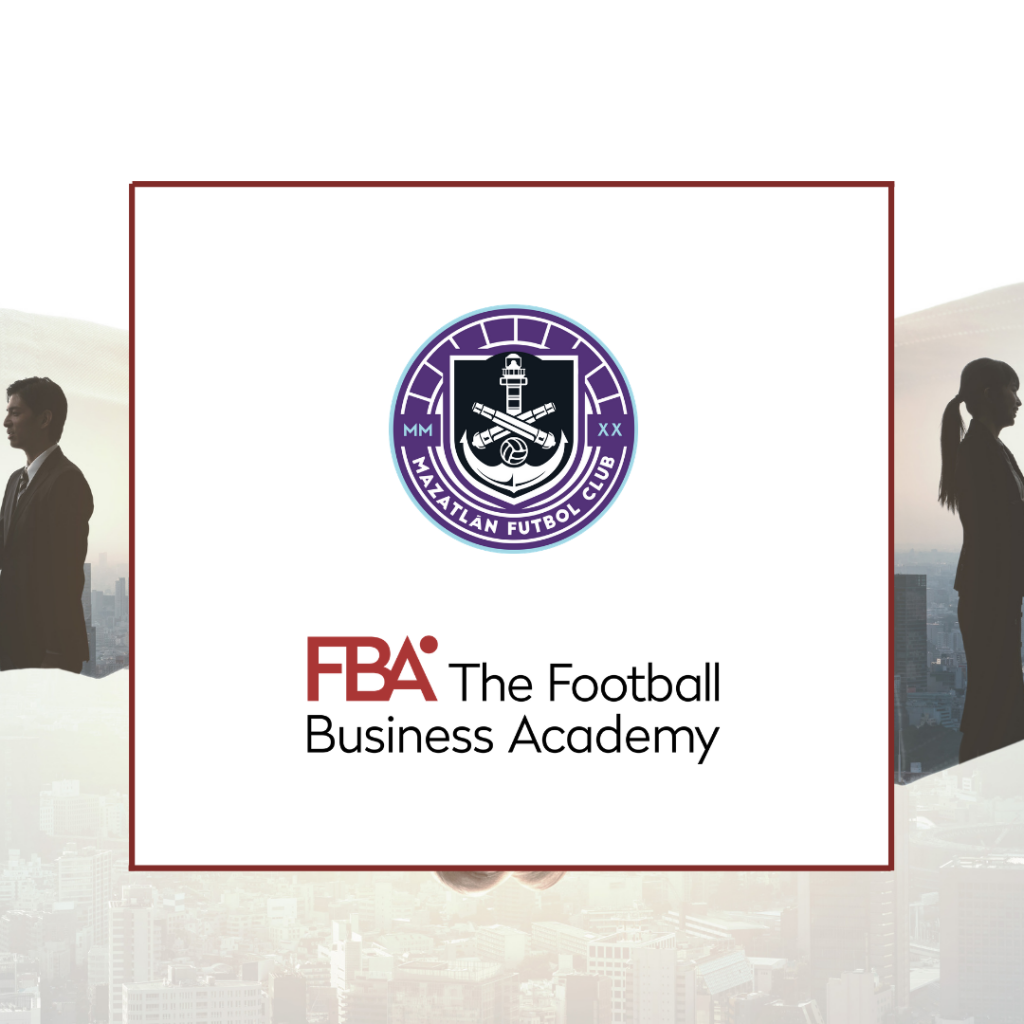 The FBA welcomes Mazatlán FC as First Partner in Mexico

The Football Business Academy and Mazatlán FC have entered into an agreement that will see the Swiss educational institution collaborate with the Mexican football club.

“With this agreement we seek to professionalize the different business areas and sport departments at the club, especially through the Student Business Projects. Partners usually tell you a lot about where the industry should be aiming for, which is very valuable knowledge in the context of the club’s project. Undoubtedly, education is the vehicle and the answer to so many barriers, and so we are happy to align our goals with those of The FBA.”

“We are pleased to welcome Mazatlán FC into The FBA Family. Mexico’s historic passion for football and its growing football industry mark an exceptional opportunity to professionalize and internationalize it further. The club relaunched itself last year and is implementing an innovative project that will look to impulse the region and we are excited for the opportunities this will create for FBA Candidates. Through our international network we can bring incredible value to Mazatlán FC and we look forward to see them grow as a club.”

The Football Business Academy is delighted to announce its first partnership with a Mexican club, Mazatlán FC. The club launched in June of 2020 after it moved the Monarcas Morelia franchise (originally founded in 1924) to the city of Mazatlán. Based along the Pacific Ocean, Mazatlán is known for having one the most important ports in Latin America and is frequented as a holiday destination.

In 2017, the local government of Sinaloa decided to build a new 25,000-seater football stadium which was inaugurated last year, coinciding with Mazatlán FC’s first season in the city. The club is owned by Grupo Salinas and both their men’s and women’s teams are currently playing in the country’s top tiers, the Liga MX and Liga MX Femenil.

Following 2 positive internship experiences with FBA Candidates in Q4 of 2020, both The FBA and the club decided to establish an official partnership which will open up more opportunities for the club and FBA Candidates alike, using education as a platform.

Mazatlán FC is a Mexican professional football club based in Mazatlán, Sinaloa currently playing in Liga MX. The Estadio de Mazatlán – now also nicknamed ‘El Kraken’ – is their home ground with a seating capacity of 25,000 fans.

The Football Business Academy is a Swiss-based high level international educational institution whose goal is to accelerate the professionalization of the football industry and develop future leaders in the game. Founded in 2017, its flagship program – the Professional Master in Football Business – was co-developed with international football industry experts from around the world around one foremost objective: to provide Candidates with all the necessary tools and an optimal learning environment in order to succeed in this passionate and dynamic industry. Other partners of The FBA include Club Nacional de Football, Portland Timbers and Thorns FC, Socios.com, Benfica, SD Eibar, and Standard de Liège.

Previous post One year later: FBA Professors Look Back on The Great Lockdown Next post The FBA and Botev Plovdiv Agree Educational Partnership