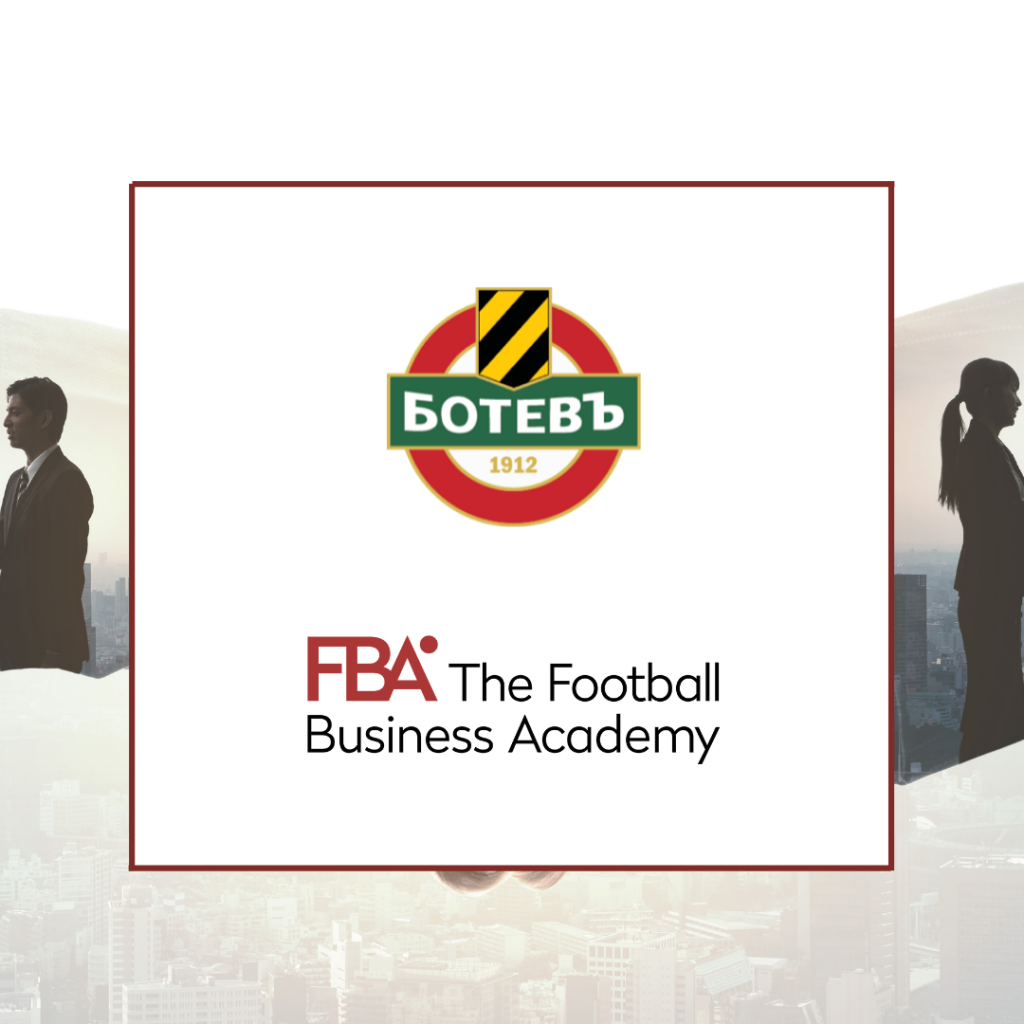 The Football Business Academy and Botev Plovdiv have entered into an agreement that will see the Swiss educational institution and the Bulgarian football club collaborate.

“We are very glad to start this collaboration with The FBA. With this partnership we make sure that PFC Botev has direct access to the best international talents in the sports business market to help us in the development and sustainability of the club.”

“It is a pleasure to welcome Botev Plovdiv as a new Partner of The FBA! As Bulgaria’s oldest club and under its new management, the club is embarking on an ambitious new project which we’re happy to support. This partnership will facilitate valuable learning opportunities for the club and FBA Candidates alike.”

The FBA is pleased to partner with PFC Botev Plovdiv, the oldest active professional football club in Bulgaria. Located in the city of Plovdiv, the country’s second biggest city and one of Europe’s oldest, the club is aspiring to bring the club back to the elite of Bulgarian football and stabilize itself after turbulent years, both on and off the pitch.

Under its new management, headed up by former LaLiga, Daniel Cerejido, who took over just a few months ago, Botev Plovdiv will seek to implement a spirit of excellence and innovation inside the club.

From improving the club’s commercial processes and balancing its finances, to upgrading its stadium and academy infrastructure and be more active on social networks, all areas of the club will be enhanced in order to develop a sustainable model which will be recognized by the industry. Furthermore, Botev Plovdiv will seek to regain its visibility, nationally and internationally, on an institutional level, as well as create a benchmark academy in Europe using its own methodology.

This partnership will give FBA Candidates opportunities, as part of their Internships and Student Business Projects, to put their knowledge into practice and support the club in different departments and business operations across the organization, while for the club it represents much-needed exposure to innovative ideas and best practices.

PFC Botev Plovdiv is a Bulgarian football club, based in the city of Plovdiv. Founded in 1912, it’s Bulgaria’s oldest professional football club and has won the championship title two times, the cup three times and the Super Cup one time. It currently plays in the country’s top tier, the Efbet League.

The Football Business Academy is a Swiss-based high level international educational institution whose goal is to professionalize the management of the football industry and facilitate the insertion of qualified professionals and future leaders in the game. Its flagship program, a Professional Master in Football Business, was codeveloped with international football industry experts from around the world around one foremost objective: to provide Candidates with all the necessary tools and an optimal learning environment in order to succeed in this passionate and dynamic industry. Other partners of The FBA include Galatasaray, Tonsser, Fortuna Sittard, Ukrainian Premier League, Standard de Liège, and Real Mallorca.