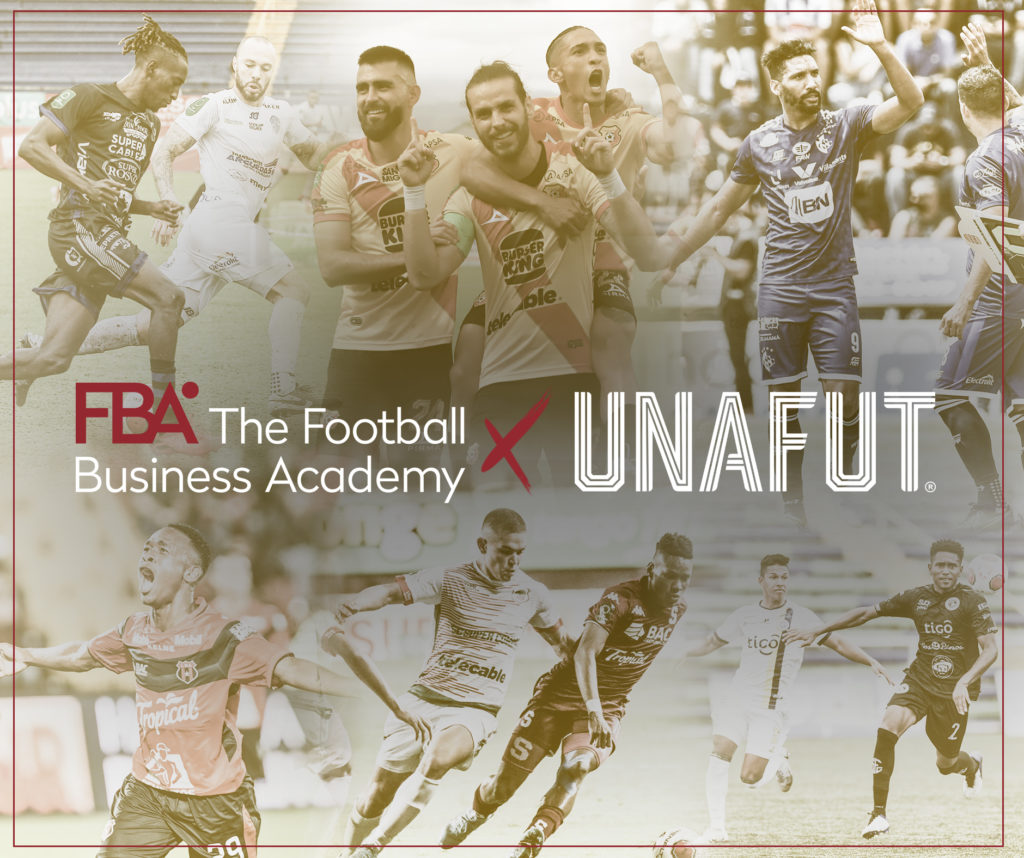 The Football Business Academy and UNAFUT have entered into an agreement that will see the global leader in football business education and the top tier football league in Costa Rica collaborate.

“We are very excited to sign this partnership with The FBA. It will allow us to be an integral part of the development of the future professionals in the football industry. We are looking forward to receiving FBA Candidates to develop future projects”.

“We are very happy to start our collaboration with UNAFUT, the main football referent in Costa Rica. One more step in the expansion of our partners in Latin America and with the shared commitment to work on the acceleration of the professionalization and the development of the industry in all its aspects. We are confident that this alliance will bring an exceptional exchange of experiences and knowledge for our Master Candidates and the entire FBA ecosystem”.

The Football Business Academy is pleased to welcome UNAFUT into The FBA Family as official partner. The association, whose acronym stands for “Unión de Clubes de Fútbol de la Primera División”; is responsible for the promotion and development of football throughout the Costa Rican national territory and also in global sports competitions. UNAFUT is mainly in charge of organizing, regulating and managing the current First Division Championship and the youth-level league from U20 to U11 categories.

UNAFUT was born in 1999, after the total restructuring of the Costa Rican Football Federation. Its General Assembly is integrated by the representatives of the twelve football clubs of the country. This Assembly delegates the execution of the functions indicated in the different statutes to a Board of Directors, who manages the leagues and is represented by the twelve delegates at the General Assembly of the FEDEFUTBOL.

The FBA’s Professional Master in Football Business selects Candidates from diverse academic and professional backgrounds who are exposed to real industry knowledge, networking opportunities and practical experience through the 12-months program. With this alliance,

UNAFUT will benefit from our Candidates’ support during internships and Student Business Projects across relevant departments, and will be joining a global network of more than 50 Partners who contribute to the transitioning of our Candidates into the world of football while enriching their teams with a high-quality talent pool.

UNAFUT is the Unión de Clubes de Fútbol de la Primera División (Union of the First Division Football Clubs) in Costa Rica. It is a non-profit Sports Association that was born in 1999 due to the need to provide a boost to the new leagues and forms of the game in Costa Rica.

Internally, UNAFUT is made up of various bodies and administrative staff. These bodies are the Competition Committees and the Minor League Disciplinary Body, each with specific functions.