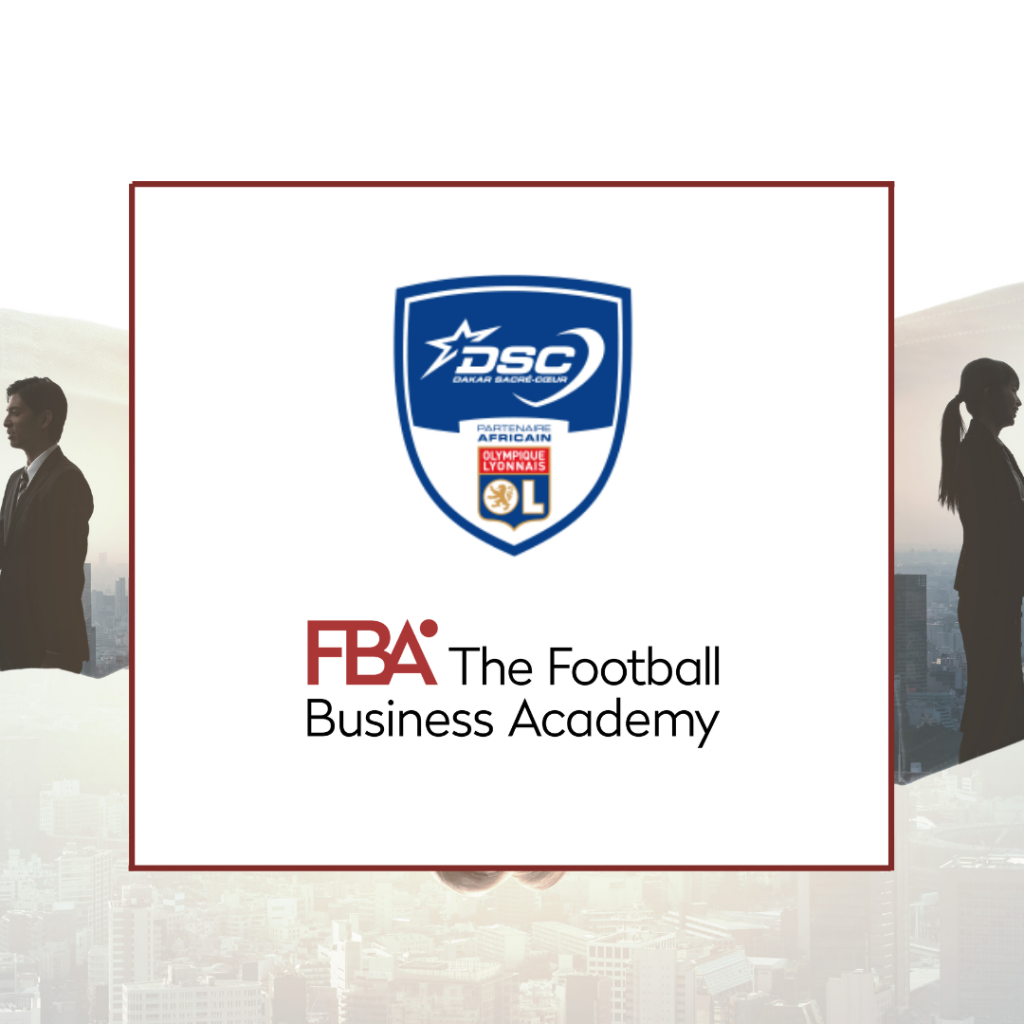 The Football Business Academy and AS Dakar Sacré-Coeur have entered into an agreement that will see the Swiss educational institution collaborate with the Senegalese football club.

“Dakar Sacré-Coeur is happy to partner with The FBA. The signing of this partnership marks a new step forward for DSC’s international reputation. This partnership upholds the club’s interest in its will to form the youth to the professional side of sports.”

“Entering the African market through this milestone partnership with Dakar Sacré-Coeur is very encouraging. The passion for football in the continent is enormous and the club’s philosophy as well as business approach has been developed meticulously in the past years, making it a great environment for FBA Candidates wanting to learn and bring additional ideas for its continued growth. We look forward to growing together and create great opportunities which may stimulate further professionalization in Dakar, Senegal, and across Africa.”

The Football Business Academy is delighted to announce its first partnership with an African club, AS Dakar Sacré-Coeur. The club was founded in 2005 and has been playing in Senegal’s top division since 2017, and is hereby joining a global network which includes clubs and other football-related organizations from around the world.

DSC was created out of the passion for football and the necessity to offer better infrastructure, to have more qualified professionals, and to offer a sounder environment for the development of youth. The club’s overall strategy revolves around 3 key pillars which are: Professional Football (professional men’s and women’s team as well as an academy covering U15 through U19 players), Leisure Sport (football school for youngsters and pitch rental for the community), and Citizen Club (covering community-based projects, CSR activities and education).

Through this partnership, the club will now have access to football business talent which can advance important strategies and needs. Indeed, through The FBA’s Professional Master in Football Business, FBA Candidates learn from international football industry experts providing them with a practical and up-to-date understanding of how the business of football is run, best practices, as well as key trends.

As official African Partner of Olympique Lyonnais, who are also Partners of The FBA, Dakar SC has been developing links to European football and this is a sign of their professional ambitions to bring the club to higher levels while offering the best opportunities for their players and members.

ABOUT AS DAKAR SACRÉ-COEUR

DSC was founded in 2005 in partnership with the Institute of the Sacred Hearted Brothers. Having built a facility of 2.5 hectares, the club boasts 2 football pitches with artificial turf and more than 2000m2 of buildings. Dakar SC’s men’s and women’s teams both play in the top division in Senegal.

The Football Business Academy is a Swiss-based high level international educational institution whose goal is to accelerate the professionalization of the football industry and develop future leaders in the game. Founded in 2017, its flagship program – the Professional Master in Football Business – was co-developed with international football industry experts from around the world around one foremost objective: to provide Candidates with all the necessary tools and an optimal learning environment in order to succeed in this passionate and dynamic industry. Other partners of The FBA include Real Mallorca, Beach Soccer Worldwide, Galatasaray, Apollon FC, Tonsser and Olympique Lyonnais.