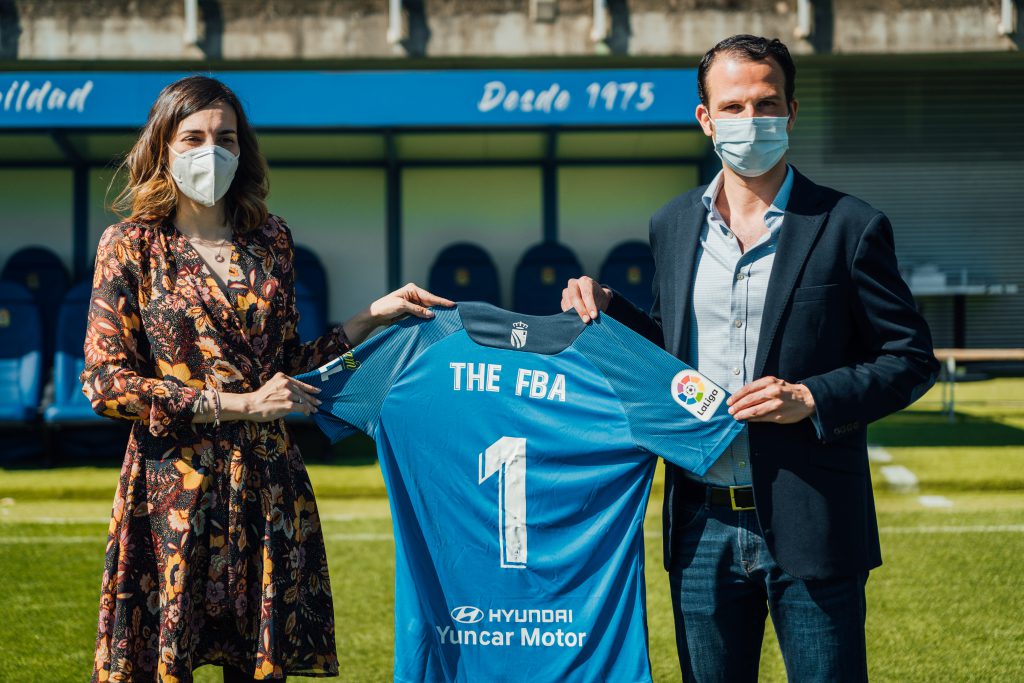 The Football Business Academy and CF Fuenlabrada have entered into an agreement that will see the Swiss educational institution collaborate with the Spanish football club.

“For us it’s a pleasure to collaborate with a school such as The FBA. I believe it’s a great synergy for both sides which serves to train professionals while also to attract talent. A formula to continue building bridges and developing a Football with more and better professionals.”

“It’s a pleasure to welcome CF Fuenlabrada into The FBA Family. Given the club’s ambitious and comprehensive project, this partnership unlocks great opportunities for everyone involved. Rebuilding a club from scratch with a long-term strategy will be a good testing ground for FBA Candidates to share their knowledge and innovative ideas.”

The Football Business Academy is pleased to announce a new partnership with CF Fuenlabrada, its 5th with a Spanish club. Based on the outskirts of Madrid, the club was founded in 1975 and was promoted for the first time in its history to the country’s second division – LaLiga Smartbank – in 2019, where it still plays today.

Currently, CF Fuenlabrada is immersed in a process of professionalization and development from a sportive, communications, and administrative aspect. The objective is to continue the entity’s growth trajectory and aim for promotion in the future. The club will also place a lot of emphasis on its digitalization efforts, as well as continue investing in upgrading their stadium – the Estadio Fernando Torres – which in 2019 went from a capacity of 3,000 to 5,000 spectators.

The partnership has already been set in motion with 2 Candidates from The FBA’s Professional Master in Football Business 7th Edition currently doing internships at the club where they support the staff on a variety of projects.

CF Fuenlabrada is a Spanish professional football club based in Fuenlabrada which was founded in 1975. Its men’s first team is currently playing in LaLiga Smartbank, hosting home games at the Estadio Fernando Torres, named after the Fuenlabrada-born former Atlético Madrid and Liverpool forward. The club is also developing its structure in women’s football, where the first team is playing in the top regional league of Madrid.

The Football Business Academy is a Swiss-based high level international educational institution whose goal is to accelerate the professionalization of the football industry and develop future leaders in the game. Founded in 2017, its flagship program – the Professional Master in Football Business – was co-developed with international football industry experts from around the world around one foremost objective: to provide Candidates with all the necessary tools and an optimal learning environment in order to succeed in this passionate and dynamic industry. Other partners of The FBA include Girona FC, SL Benfica, Coaches Across Continents, Beko, and Apollon Limassol FC.

Previous post Football Business Headlines – May 2021 Next post Brian Wesaala: The social and economic importance of soccer in the community is underestimated.