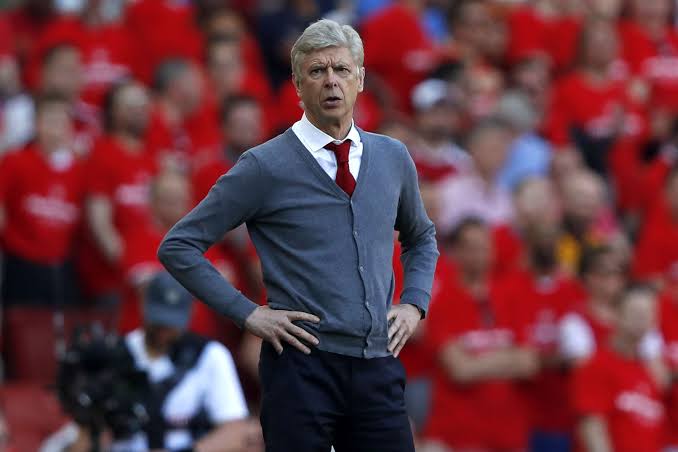 Yesterday, FIFA’s Chief of Global Football Development and Arsenal’s former manager Arsène Wenger has given his opinion to the French Sports Newspaper “L’Equipe” on 10 different proposals related to tomorrow’s football. Below is the English translation of the article, including “L’Equipe” proposals as well as Wenger’s answers.

2. Closing the transfer market before the start of competitions

“I have always argued for this, in England. But this requires harmonization of calendars across Europe. Every player has to leave at the same time and arrive at the same time, otherwise this will reduce the competition (between clubs) for purchasing players: the club whose Championship has not yet started and whose market is still open finds itself alone in the auction race due to the closure of other markets. It is disloyal. “

3. Establishing a salary cap (with the possibility of exceeding it for 2 or 3 players per club)

“I am against the salary cap (limitation of the club’s payroll), I am always for more freedom. But I am in favor of limiting the share of the budget of a club dedicated to the players’ payroll. At 50%, for example. Half of the club’s budget devoted to player salaries; the other half dedicated to equity and operating costs. At Arsenal, this rule had been imposed on us by the banks: we had invested so much money, we had so much to reimburse that we could not exceed a part of our budget in player salaries. This did not prevent us from paying very large salaries.

And then limiting the wages of big players by the salary cap means as well limiting the wages of less important players. In thirty years, this has always been verified in the clubs I have worked for: high salaries drive those of others up. When you have a player at € 300,000 in a locker room, he will raise the salary of the player who earns € 50,000 to € 100,000. Social comparison is strong in football clubs. “

“I am for it, even if I imagine the complexity to implement such an entity. I support measures that will strengthen management controls, rather than measures that restrict and cap. The quality of management must be rewarded and encouraged. And I am in favor of more openness to investment, which financial fair play (FFP) does not allow. The clubs that dominate Europe today were built and invested in a time when financial fair play did not exist. However, the Financial Fair Play prevents emerging clubs that would like to invest from doing so. This is not normal.

These rules freeze/solidify the hierarchy; the big historic clubs are getting bigger and bigger, and obviously they are fighting to ensure that the rules of Financial Fair Play (FFP) are scrupulously applied to others so as not to see the arrival of other competitors. Rigorous control management, yes, verifying the source of capital, yes, but people must be encouraged to invest in football. The FFP must become more flexible and facilitate investment. “

5. Creating an “intelligence service” to monitor the commissions linked to player transfers, cap the agents’ commissions and reintroduce the agent license to avoid the increase of intermediaries

“We have already made progress on the “football intelligence service”: banking secrecy has disappeared and the means of investigation have been reinforced. I have no problem with the remuneration of an agent who makes me a great deal: when Marc Roger and Jean-François Larios brought me Patrick Vieira to Arsenal (in 1996, Vieira was on the verge of signing for Ajax), I was happy to pay them. On the other hand, when I have to pay an agent because his player extends his contract, I am not convinced that he has done much.

What bothers me about commissions is that an agent can earn on both sides – the buying club and the selling club. It is illegal but, by creating two different structures, they sometimes succeed. The total commission paid to the agent by the two clubs should be limited to a certain percentage of the transfer amount. But there are subjective criteria in the work of football agents. It is clubs first which should assess their responsibility and the importance of their contribution in each transaction.

I am in favor of coming back to the “agent license” model, it was a good thing. All professions are learned and taught. Some agents have passed an exam and acquired skills, still they are being challenged by people who have done little. And then, an agent’s license could be removed should a problem occur. “

6. Obliging clubs to contribute to a solidarity fund in the event of a crisis

“I am in favor of funding/creating a relief fund, from which each League in each country could benefit in the event of a serious crisis, like the COVID-19. This fund should be taken from the TV Rights. Of the 1.15 billion euros that the LFP (French Professional Football League) will touch each year, the LFP would put 5% or 10% of those revenues in this fund. Clubs would earn a little less each year, but it is manageable and it guarantees the future. The LFP borrowed € 220 million, normally it should be strong enough to not have to do so. “

7. Capping the amount of transfers at € 100 million per club

“You have to control the clubs management but not tell them how to manage them. If clubs consider they are not taking any risk on their economic balance by buying a player for 105 M €, where is the problem? “

8. Only one transfer window per year

“I am in favor of removing the January transfer window. Coaches do not live well with this secondary transfer window. In October, as soon as a player no longer plays, he begins to look for a solution elsewhere and waits until January to leave: he is no longer mobilized, he gives up. When both a club and a player make a mistake, well, they must both shoulder the blame. “

“It is a real perversion of the system and it must be stopped. The origin of this third-party ownership came from the financing of clubs that are in a difficult situation. Creditors/lenders arrived with a certain amount and the club guaranteed the loan by offering the lenders a percentage based on the player’s value, 20 or 30%. We have to stop this. “

“We have to open the capital to the supporters, they are part of the show with the players. In England, many clubs were born thanks to people on the street. At Arsenal, people had 5 or 10 shares. It is part of the supporter vaccination, it gives continuity in the support of the club, from generation to generation. When I arrived in Arsenal (in 1996), the share was worth £ 400 (around € 449 today). When I left, it was worth £ 18,000 (around € 20,200). Even if you only have one share, it’s not bad, right? In France, we have a tradition of public support for football clubs as well, but it must be changed, and popular shareholding can encourage it. “