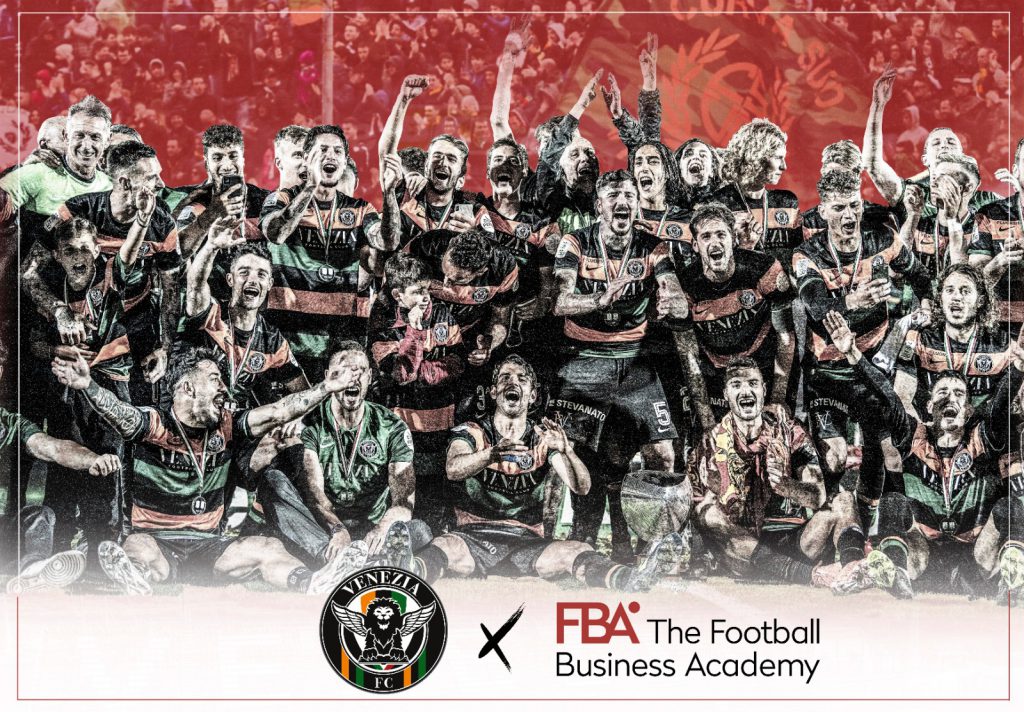 The FBA welcomes Venezia FC as First Partner in Italy

The Football Business Academy and Venezia FC have entered into an agreement that will see the Swiss educational institution and the Italian football club collaborate.

“Venezia FC believes in international scouting and talent development, on and off the field, and the partnership with The FBA goes in this direction”

“We are excited about our collaboration with Venezia FC and further developing our international network of club partners at The FBA! Their ambitious plans to grow go hand-in-hand with our goal to professionalize the industry and bring more well-educated people to run football teams around the world. It is an absolute pleasure to support the club with their business projects, and we are confident that our Candidates and Alumni will assist in developing the brand of a club coming from such a historical and unique city such as Venice.”

The FBA is delighted to partner with Venezia FC. The newly promoted club is aspiring to further establish itself on the European stage, and grow their international footprint.

Venezia FC, who will spend the next season playing in Serie A, Italy’s top division, was founded in 1907. The club is located and represents the city of Venice, one of the world’s most historical and cultural centres.

This partnership already has, and will continue to, provide FBA Candidates with an opportunity to develop their practical skills and immerse themselves within the football industry through internships and the Student Business Projects, while at the same time, support the club to continue developing Venezia’s brand on a local and international level.

Venezia FC is an Italian professional football club founded in 1907 and based in the city of Venice. The men’s team gained promotion to Serie A, the top division in Italy at the end of 2020/2021 season. Venezia won the Coppa Italia in 1941 and plays its home games at the Stadio Pier Luigi Penzo, the second-oldest stadium in Italy.

Previous post Octavio Rascón: My Internship at CONCACAF Next post Scoring in Asia: How to Maximize Asian Market Potentials?