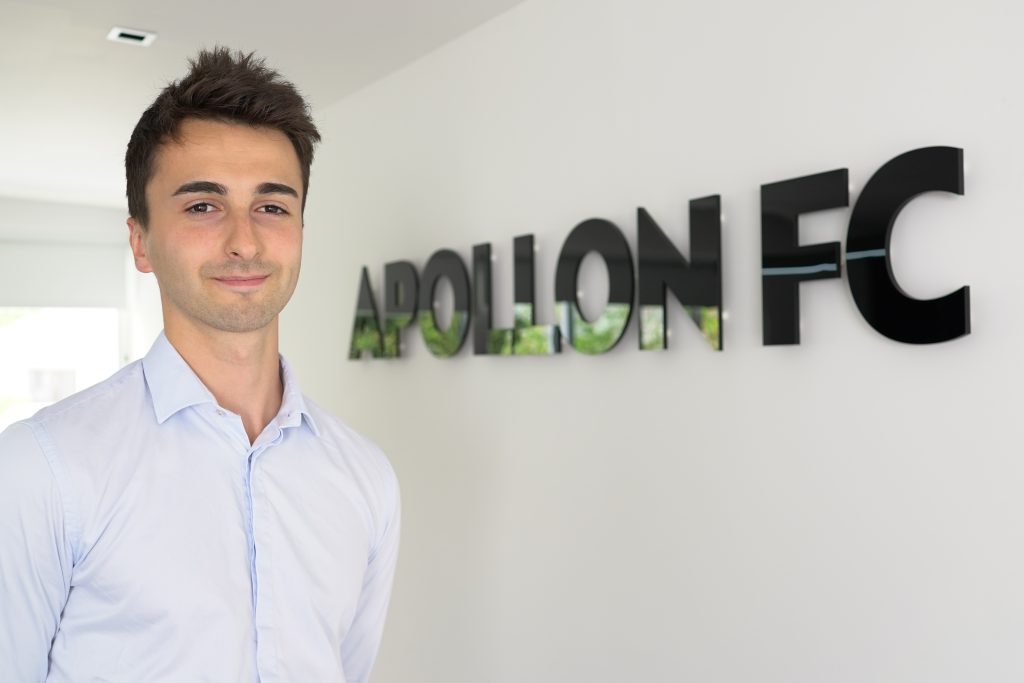 Two years ago, I was lucky enough to stumble across the FBA website. This day changed my life as a student who was finishing his Bachelor in International Business without even knowing what he wanted to achieve after graduation.

After several weeks of reflection, I came up with one clear idea, one I was totally convinced about: I wanted to step into something that I am passionate about, and this had to be about Football. Indeed, it was hard for me to think about getting my foot into the industry since I had no idea how to enter it and what were the different opportunities I could have access to.

However, I took a leap of faith and decided to sign up as a Candidate for The FBA’s Professional Master in Football Business. Ever since, this journey brought me a lot in terms of knowledge and contacts, and I’ve been very happy about it so far. Of course, the pandemic kind of harmed and impacted the overall experience of the Master since I had to complete the last module online instead of doing it in Portugal. It also had consequences on my internship as it took several months to get an internship opportunity in a football club, but the least I can say is that the wait was worth it.

After having a smooth conversation with Christoforos Matheou, Apollon’s Head of Operations and Ticketing, I realized that it would be the perfect chance for me: finally I would get an internship, I would go there, travel and meet some new people, I would also get my first experience in a football club and finally I would work with someone competent and kind.

I was excited and glad to come to Cyprus. Perhaps it has been an important factor in the success of this experience since I was willing to listen and do as many things as possible. Juan from the 7th Edition of The FBA was also part of the journey. We didn’t know each other before going there, but we met, we got along well and even became very good friends. Juan was important to me, we did the different tasks of the internship together, helped each other and enjoyed every aspect of the Cypriot life together. 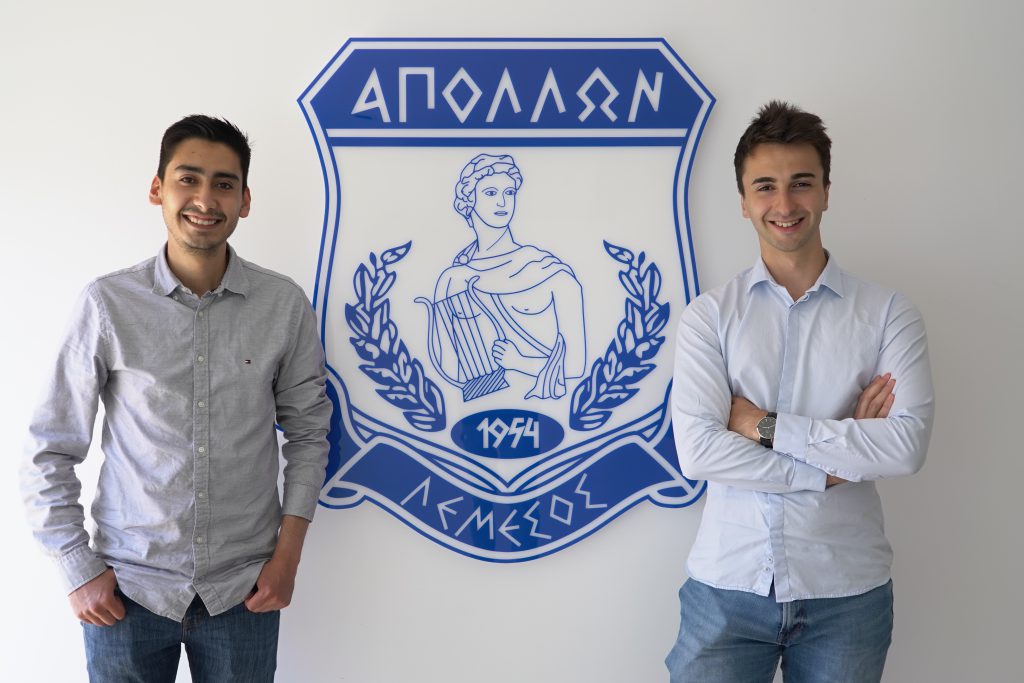 During my 4-month experience at the club, we’ve had to deal with different objectives.

The first one we’ve been assigned to was the organization and planning of the new stadium that will arise in May 2022. We’ve mapped out everything, from the creation of a committee to the definition and the different tasks of each committee member. Apart from this, we also did some research about naming rights deals, potential companies that would be interested in teaming up, ideas for promotions and marketing campaigns.

After our contribution to the new stadium, we’ve worked alongside Koulla (Head of the Marketing department) in order to create a CSR campaign aimed at helping the refugees through Football. We presented our ideas during several meetings with the EFDN and attended events such as the #MoreThanFootball Action Weeks

Then, as our mentor Christoforos was in charge of the Operations and Ticketing departments, we helped him plan a Ticketing strategy for the upcoming season, bearing in mind the Cypriot culture, the fans and their mindsets, the expectations of the club and all the events that happened over the last seasons.

Finally, we gave him a hand in order to establish a strategy for the Hospitality section of the new stadium, implementing new ideas and a different storytelling aspect. Same goes with the development of the club’s app that should be released approximately at the same time as the stadium, we threw some ideas around and shared our vision and thoughts on what a football club app should contain. 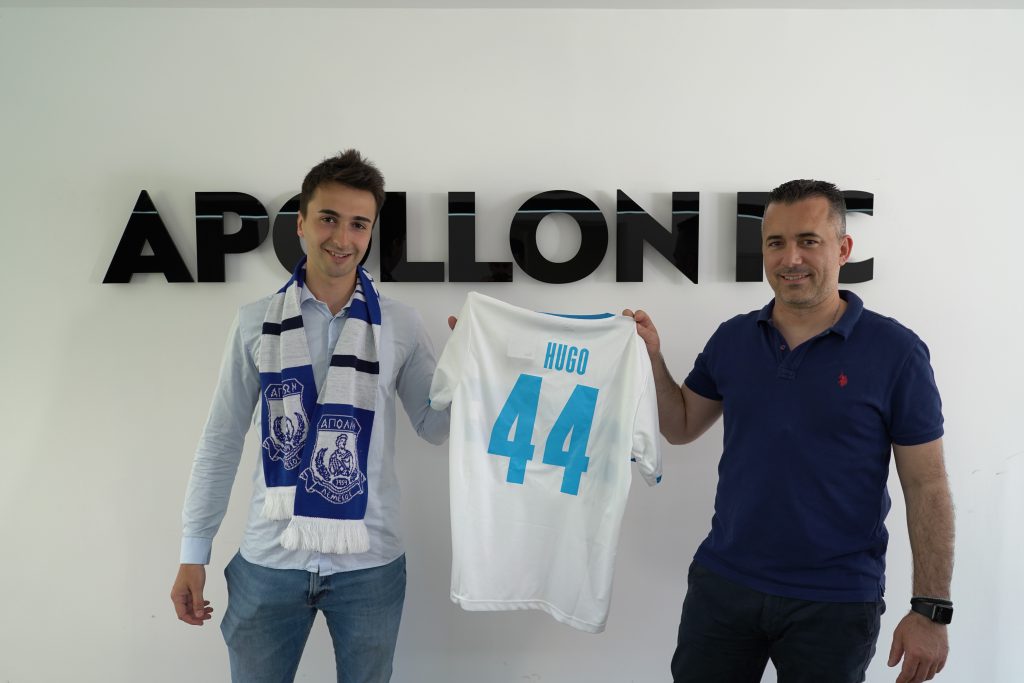 The least I can say is that it was an all-round experience. I met incredible people and literally everyone at the club, from the president to the workers on the construction site of the new stadium.

Spending 4 months in Cyprus, as a French student, was for me a blessing as I had the opportunity to discover a totally new culture, adapt quickly to fit in this different environment and understand my surroundings. I was very surprised by the high level of hospitality from every person I met during this journey, which was quite a game-changer for me as I have lived in France my entire life. Cypriot people are true, they don’t hide emotions, they kind of have this hot blood running through their veins, which in this industry, can be an amazing asset as football fans but also a weakness if they react with less rationality in a specific situation.

We were lucky enough to visit all the facilities like the academy, the training center, the construction site of the future stadium, we met the players and I had the chance to talk to Serge Gakpé who used to play for my childhood club, Nantes.

We also had the privilege to come to home games, and I have to say that chasing the League title was particularly exciting. Unfortunately it didn’t go as planned and the dream of winning the title ended before the final matchday. I realized that I got attached to the club when we drew that game against Olympiakos. I had high hopes, but everything was gone after 90min, I didn’t sleep that night, neither did my colleagues.

As I look back on this journey, I truly think that this experience was amazing for me in terms of knowledge.

I came across most of the club’s departments, I saw how a football club like Apollon was run and I met people who became friends and even like family to me. I really want to thank everyone at the club, for the opportunity and the trust they had in me.

Again, I really want to highlight the fact that each member of the staff brought something different to me, both in terms of knowledge and on a personal point of view. All these ingredients combined made me feel like I was part of the club and the family. Apollon is in my heart forever.

Hugo is a Candidate of The FBA’s Professional Master in Football Business 5th Edition. He can be contacted via LinkedIn.