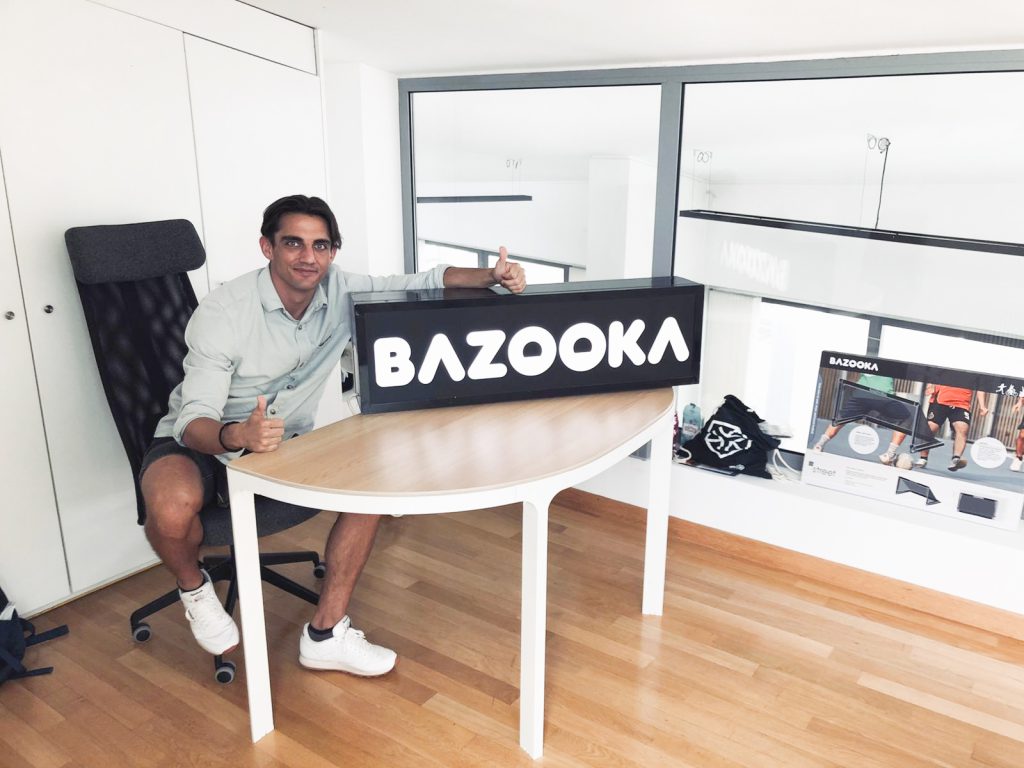 Andrew Bradshaw: My Internship At BazookaGoal

That’s the beauty of The FBA; they are able to use their connections and incredible reach to find something that fits you to a ‘T’!

Every kid dreams of playing professional football at some point in their life. For anyone that has taken football seriously before, it’s always been something you’ve strived for at one moment in your life. But as you get older and reality starts to set in, it becomes a daunting truth that you just aren’t going to have what it takes to make it as a player. As a young adult, you think that your career in football begins and ends as a player. It’s not until you are presented with the possibility of continuing in the industry in a different capacity that your dreams of making it in football become attainable again.

Having grown up in Michigan in the United States, football (soccer) always took back seat to the other 4 major American sports; baseball, basketball, American football and (especially in Michigan) ice hockey. That being said, as my father is from England where he played semi professional football and my mother is from Greece, my European background has always drawn me to football.

After graduating from the University of Michigan, where I played football, I started to travel the world, and the first port of call was South America. That was back in 2010 and fast forward a decade later and I’m just now starting to find my way on the professional side of the footballing world. It was clear that after traveling through 51 countries on 6 different continents that this sport means much more than just sport alone. I have lived, breathed and “died” with fans of all sorts from every corner of the world and it was clear to me in early 2019 that being in this industry, in some capacity, was exactly what I yearned for.

Having good fortune on my side by landing in the 7th Edition of The FBA, you could say even more serendipity was on my side when I found out that there was an opportunity to complete the Module 3 internship just 10 minutes down the road from my home in Athens, Greece. Once I found this out, I immediately asked for an interview.

After completing the 1st round of interviews, I knew that this was going to be the place for me!

It wasn’t more than a week after the first interview that I hit the ground running and started up my Module 3 internship with an eCommerce company called BazookaGoal.

Having spent the previous 5 years or so working online for eCommerce businesses, brokerages and other remote based work, this was going to be a wonderful opportunity. Not only was I privy to working with eCommerce businesses and online work in general, but the fact that the office was a 10 minute drive from me down the road here in Athens Greece made it all the more special.

In the midst of the pandemic the internship search began and although the COVID-19 virus was running rampant, there is no doubt in my mind that I would still have chosen BazookaGoal as my destination. In fact, you would be hard pressed to find a better fit for me personally than the one I’ve found.

That’s the beauty of The FBA; they are able to use their connections and incredible reach to find something that fits you to a ‘T’! It does not matter if you are still unsure of the path you want to take in your career or not, The FBA is going to help broaden your horizons and come up with ideas of things you can do that you might never have thought of before. 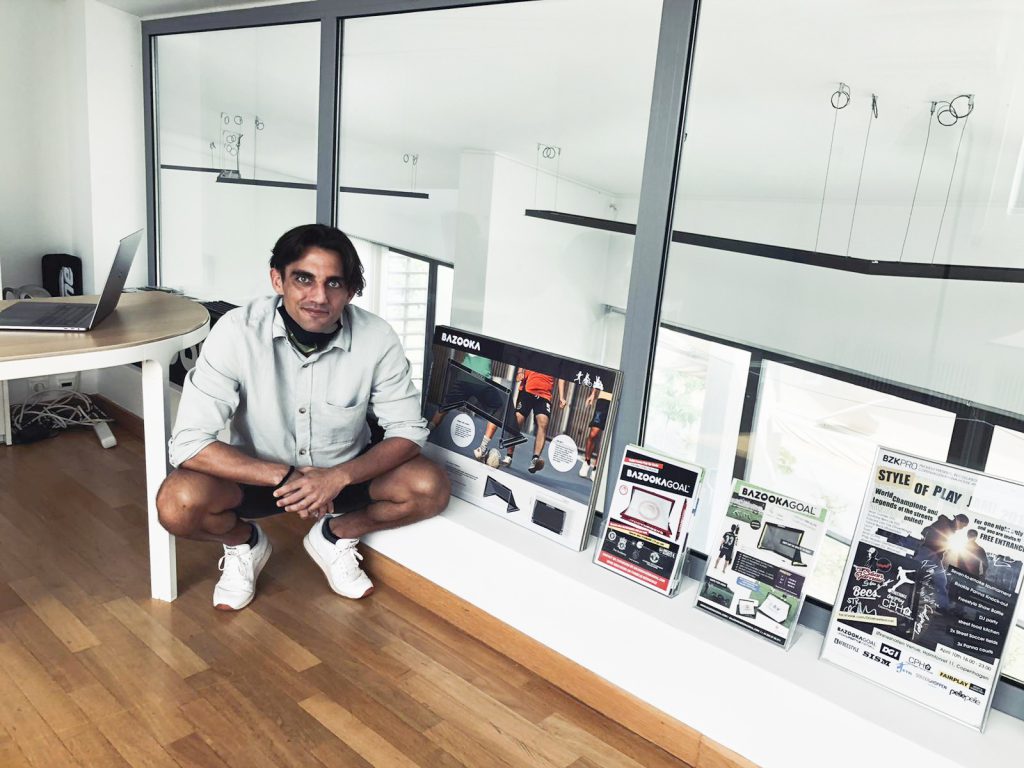 Module 3 typically runs for four months and as it currently stands, I have completed 3 out of the 4 months. We are now down to the last remaining month before Module 4 in Lisbon, Portugal begins and I have to say that my expectations have been greatly exceeded. Working with BazookaGoal has been an absolute pleasure. The first month was becoming acquainted with the business, the people involved and the systems and workflows in place.

Now, keep in mind that everyone’s experience is going to be different. Some people will work in other industries such as clubs, agencies, etc which will require different skill sets and abilities. But with BazookaGoal being an eCommerce business that does a majority of their sales online, there are different expectations for us as employees.

The owner of BazookaGoal is a man by the name of Anders Wennesland and he has been an absolute pleasure to work for. He’s the kind of person that you want to give 100% to all of the time because his leadership qualities make you feel appreciated, valuable and useful. The environment he’s created and the people that are a part of the company are both just fantastic. 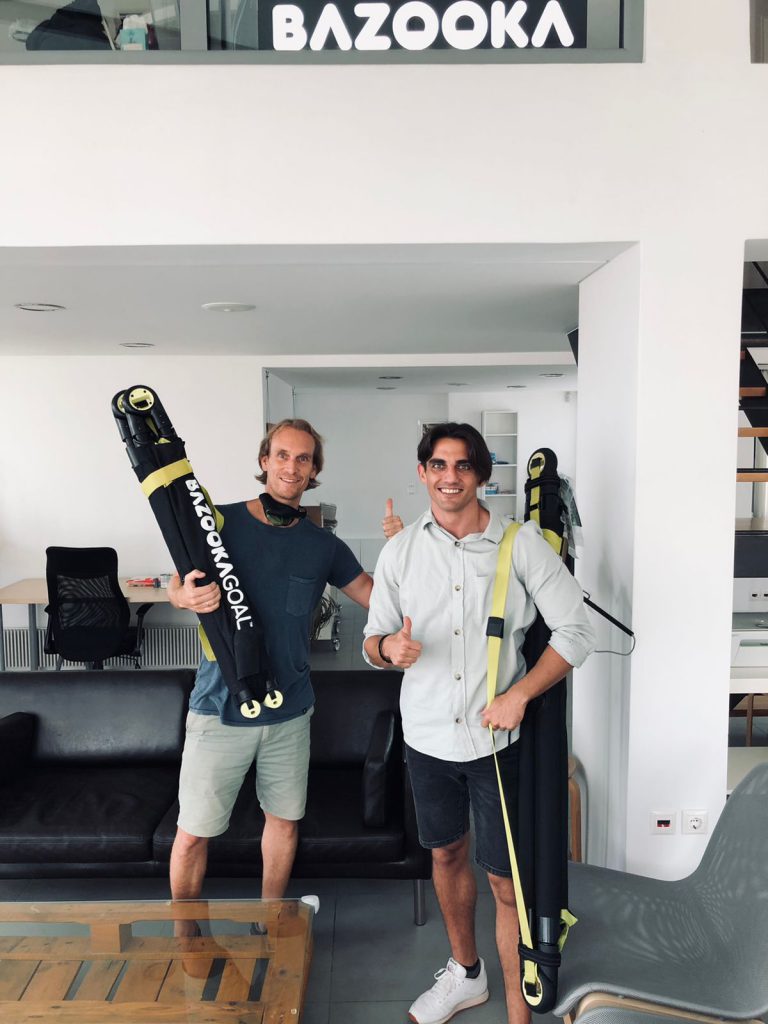 As we roll things down this last month, it’s clear to me that I would like to continue working with BazookaGoal into the foreseeable future and I believe Anders feels the same way. But since Module 4 in Lisbon is required in order to finish off the Masters Degree, there will be a period of time from the end of the internship to the end of the Masters where you will be able to work, but with that in mind, Module 4 takes priority over everything else.

But this is what we like to call having a ‘good problem’.

I hope this story helps those of you looking for some insight into The FBA and its internship opportunities. Please feel free to reach out to me on LinkedIn with any questions you may have.

Andrew is a Candidate of The FBA’s Professional Master in Football Business 7th Edition. He can be contacted via LinkedIn.