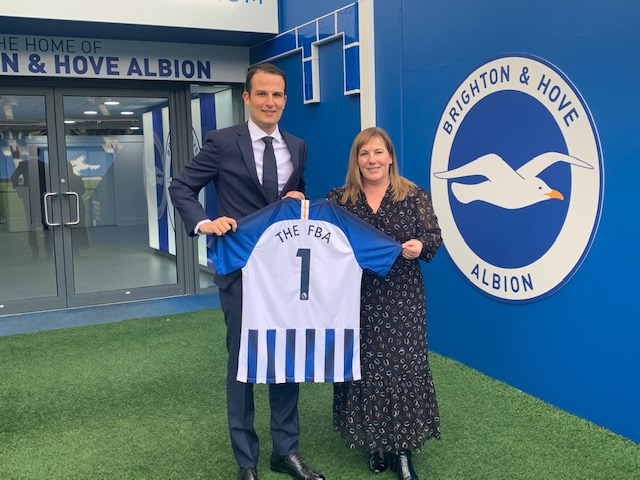 The Football Business Academy and Brighton & Hove Albion have entered into an agreement that will see the Swiss educational institution and the Premier League side collaborate.

Brighton & Hove Albion’s head of people and culture, Rose Read, said, “We are delighted to be partnering with The Football Business Academy. They are attracting some of the brightest young talents in the industry from across the world.

“For their inaugural project a small group of students will be working closely with our various teams on the business side of the club, to help build the profile of the club’s women’s and girls’ teams and programmes.”

Kristian Dobrev, Chief Partnerships Officer at The FBA added, “We’re thrilled to have partnered with Brighton & Hove Albion, our first ever Premier League club. This club reflects the professionalism and best practices The FBA has been aiming to instill in our Candidates, hence we couldn’t have wished for a better partner to celebrate this significant milestone with.

“Brighton has continuously taken steps to ensure the club can compete sustainably at the highest level whilst also giving back to the community. Indeed, we are very proud to start collaborating with Brighton and playing a part in their future successes.”

Read added, “We have been hugely impressed with the work being done by The Football Business Academy through their masters programme.

“By partnering with them we will be offering real-life experience for their students, working closely with various departments including our marketing, media and commercial teams; with the aim of continuing to build the club’s profile within both the men’s and women’s game.”

The new partnership is The FBA’s first educational partnership with an English club, after having already welcomed clubs from Spain, France, Portugal, Turkey and Holland.

Brighton & Hove Albion, formed in 1901, has been playing in the Premier League since the 2017/18 season, though the club’s remarkable rise started in 2009 when, playing in League One (Tier 3), Tony Bloom took over as chairman and funded the construction of the American Express Community Stadium.

In 2012, the club developed and implemented a strategy to ensure it was ready to tackle the exacting demands of the Premier League in terms of its people (on and off the field), policies, facilities, systems, processes well ahead of the club’s eventual promotion to the top flight of English football.

Since then the club has continued to invest in its core infrastructure at its 30,750 capacity American Express Community Stadium and its training ground and academy – the American Express Elite Football Performance Centre – as well as in its women’s and girls’ programme with its senior team now competing in The FA’s Women’s Super League. The club’s award-winning official charity, Albion in the Community, reaches 40,000 participants each year via a range of football-focused programmes.

To kick-off this partnership, Brighton has sanctioned a Student Business Project focused on Growing Brighton & Hove Albion‘s profile in the women’s game which will see a group of four international FBA candidates work closely with the club for two months to identify new strategies.

Also as part of this partnership, some of Brighton’s top professionals will be able to provide guest lectures for FBA Candidates or work with them during their internships.