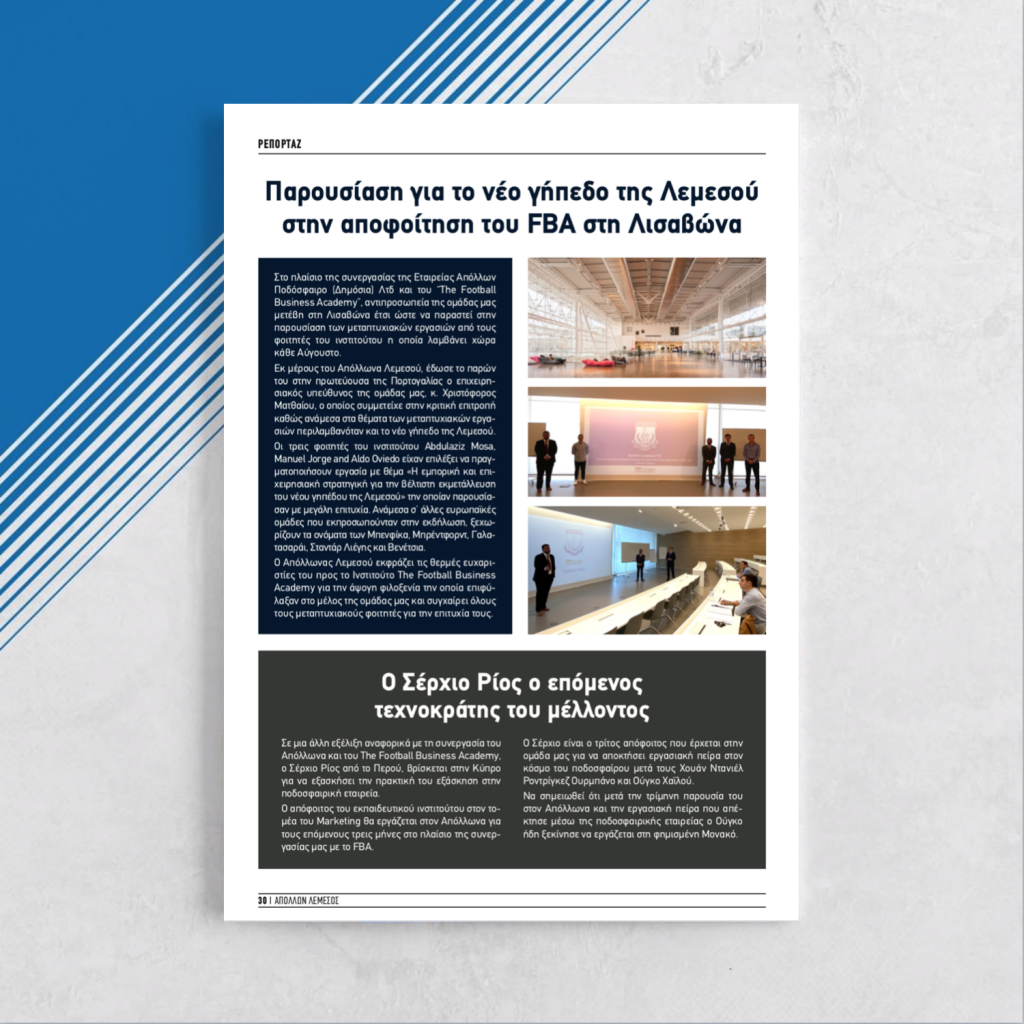 The FBA is featured in Apollon FC’s Club Magazine – October 2021.

Full translation of the article.

The FBA Candidates present their project on the new Limassol Stadium.

The Apollon FC Head of Ticketing & Operations, Mr. Christoforos Matheou, traveled to Lisbon in order to join The Football Business Academy and attend the presentation of the Sports Business Projects of the FBA Candidates.

Christoforos was part of the committee which evaluated the three FBA students, Abdulaziz Mosa, Manuel Jorge and Aldo Oviedo, who presented their project on the “Commercial and Operational Strategy Development for the optimization of the new Limassol Stadium”.

Abdulaziz, Manuel and Aldo completed their project with great success and their ideas will soon be implemented in the new Apollon FC stadium.

In addition, the Apollon FC representative had the opportunity to network with other FBA partners such as Benfica, Brentford, Galatasaray, and Venezia.

Apollon FC would like to express its gratitude to The Football Business Academy for the hospitality and congratulates all FBA graduates for their amazing work during the course of the academic program.

Sergio Rios has joined our club in order to complete his 12-week internship, according to our educational partnership with The Football Business Academy.

The Peruvian FBA candidate will be working with the Operations and Marketing departments of our club where he will gain valuable knowledge and experience in the football industry.

Sergio is the third FBA student to join our club, following the likes of Juan Daniel Rodriguez Urbano and Hugo Chaillou.

Apollon FC would like to congratulate Hugo, who has already made the next step in his career by joining the famous AS Monaco! 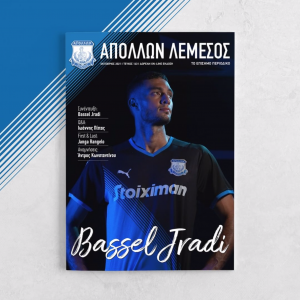