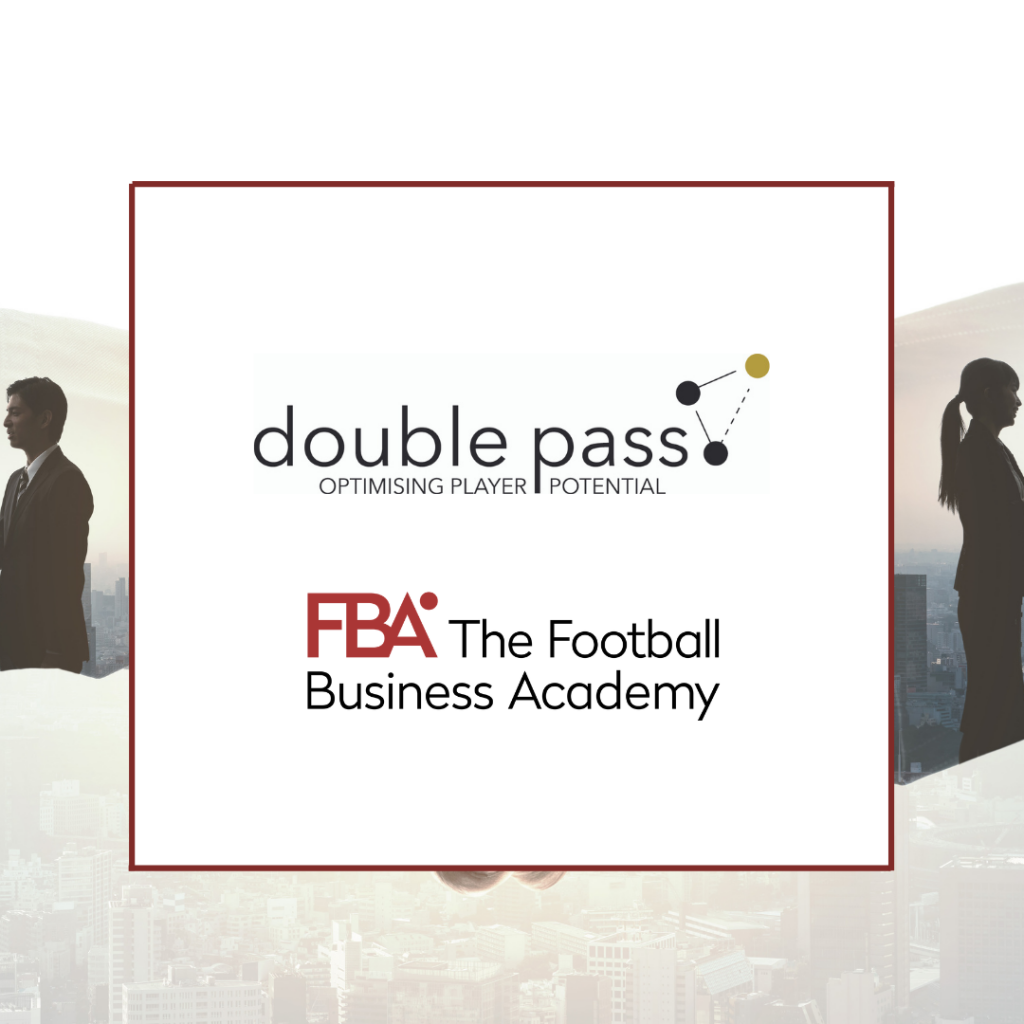 The FBA and Double Pass to Collaborate Through Educational Partnership

The Football Business Academy and Double Pass have entered into an agreement through which the Swiss educational institution and the Belgian talent development and advisory company will collaborate more closely together.

“Our mission is to bring inspiration, innovation and connection into talent development systems of football clubs, leagues and federations with the aim of optimizing player potential. We are happy about this new partnership with The FBA to emphasize our positioning as a centre of expertise and cross-fertilize our internal and external educational offerings with the value proposition of The FBA.”

“We are pleased to officially welcome Double Pass as Partner of The FBA! As global leaders in their field, it will open up more avenues for FBA Candidates who have an interest in football academies and the ecosystem which improves them. We’ve already had some previous experience with Double Pass and felt encouraged that expanding our relationship into a partnership can facilitate increased opportunities on both sides, build on top of each other’s value propositions, and reach a wider audience.”

The FBA is delighted to partner with Double Pass, the global leader in talent development systems at football academies. From their offices in Belgium, and with a global network of football experts spanning all continents, the company advises and educates football clubs, federations and leagues in optimising their youth academies, player performance and the holistic approach to a talent development system.

The partnership between The FBA and Double Pass creates a more direct link through which relevant opportunities – whether those be internships, projects, consulting missions, or learning – can be facilitated, while also allowing Double Pass to tap into the skill sets and international backgrounds of FBA Candidates who have a passion for developing football academies.

Double Pass is widely considered as the global leader in the areas of assessment, consulting, and education services for talent development systems and academy management. Founded in 2004 in Belgium, their innovative framework and approach has won the trust of many of football’s top stakeholders, allowing them to set up more sustainable processes and programs for talent identification and development.

The Football Business Academy is a Swiss-based high level international educational institution whose goal is to professionalize the management of the football industry and facilitate the insertion of qualified professionals and future leaders in the game. Its flagship program, a Professional Master in Football Business, was codeveloped with international football industry experts from around the world around one foremost objective: to provide Candidates with all the necessary tools and an optimal learning environment in order to succeed in this passionate and dynamic industry. Other partners of The FBA include the Latvian Premier League, Fortuna Sittard, Olympique Lyonnais, Benfica, Tonsser and Soccerex.