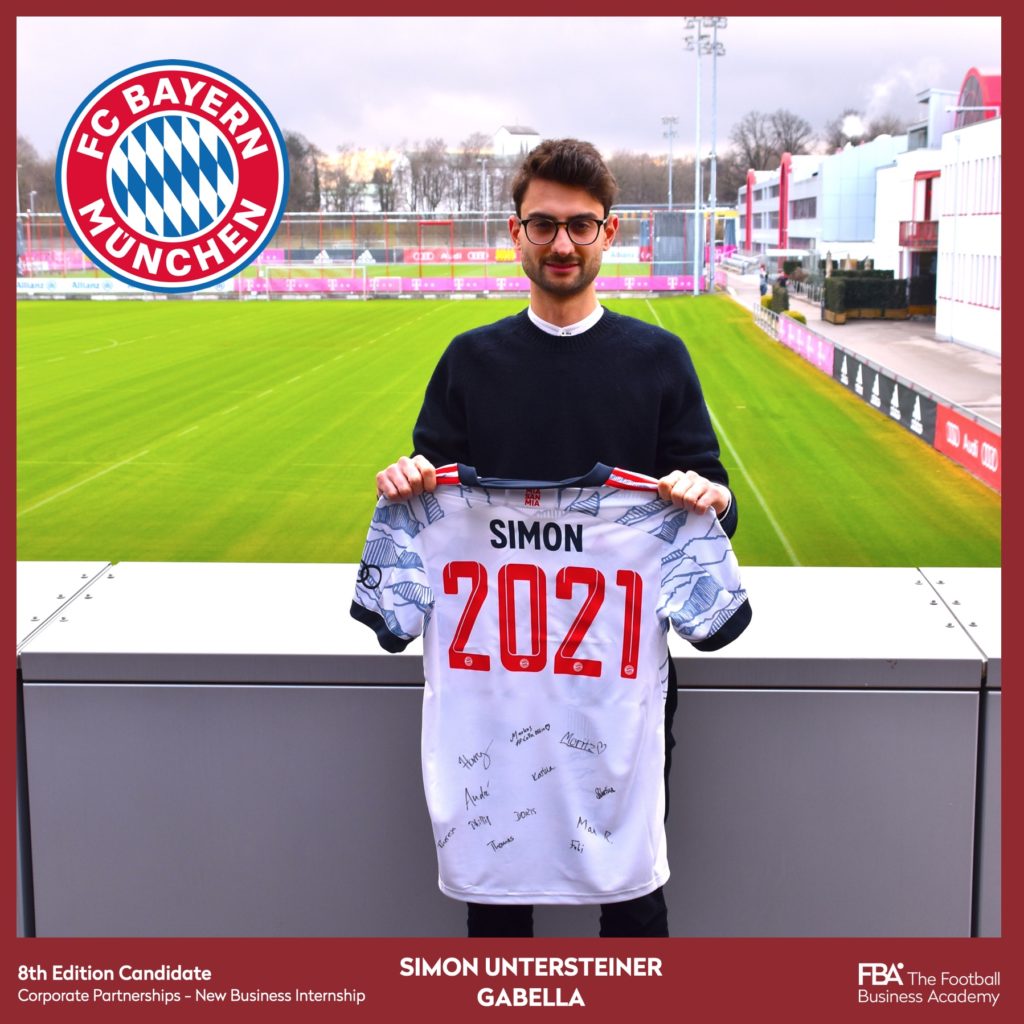 My Internship at Bayern Munich

Once graduated from my master’s degree in sports business management and after gaining first working experiences in the football industry – club and governing body –, it took me only a few months before I realized that I wanted to further broaden my knowledge in the field of football business by pursuing a dedicated football business master progam. Although I‘d already had first touchpoints with the industry and established a small network, I deemed it necessary to take this last additional step in my educational career.

Consequently, I started talking to my network and screening the market for opportunities. Despite the multiple programs offered by great institutions it quickly became clear that the only suitable option was The FBA – The Football Business Academy. The crucial factors which influenced my decision the most were the high-profile lecturers – all who are active professionals in the industry, the great partnerships The FBA has with important stakeholders in the global football environment and the interesting internship opportunities. Also, the division into 4 modules of which the first two being online, the third comprising the mandatory internship and the fourth one consisting of on-site classes and field trips seemed to be the perfect combination for a blended learning and networking experience. Finally, the great feedback received by FBA Alumni and the professionalism experienced from day one totally assured me to pursue this Master Degree.

Shortly after starting the first module of the Master, Kristian and Marcin started approaching us one by one to introduce the internship opportunities listed in The FBA’s portfolio and to initiate the lengthy selection process. Great regular communication made sure that we had the chance to express our specific field of interest within the football environment individually and to give indication about where we would like to do the internship. We were also constantly kept in the loop for potential possibilities and once there was an opening Kristian and Marcin liaised between the club/company and us. In my specific case, I was notified that FC Bayern München was looking for an Intern in the Corporate Partnership Department. Soon after my application, Kristian set up the contact and the first interview with the Products & Rights Manager of the club was scheduled. A couple of days later I was given positive feedback and only then I realized that I was about to join one of the most renowned clubs in the world, which was a memorable moment for me. 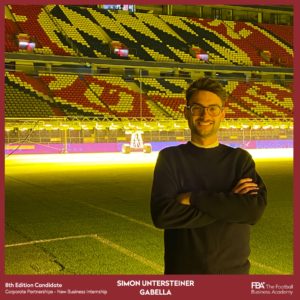 Currently, I am working in the Corporate Partnerships Department of FC Bayern München, specifically in the New Business team, which is split into Research, Sales and Products & Rights. I am closely collaborating and supporting the Products & Rights Manager; however, we also have many touchpoints to the Research and Sales team as well as many other departments across the club. My internship was kicked off with an onboarding week, during which I was introduced to relevant stakeholders, internal processes and generally to the club’s structure and corporate environment. Also, I was shown the entire HQ area including the offices and training facilities, as well as the stadium and museum. Starting from week one, my manager and I had scheduled regular one-on-one meetings which were used to check in on my progress, give me guidance and assistance where needed, onboard me to new projects and keep me updated with regards to other strategic matters. 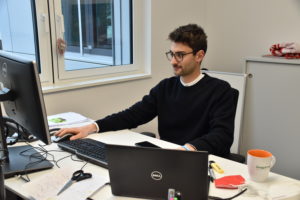 Up until now I had to deal with several exiting and diverse tasks. Once I was familiar with the rights longlist and the steps of the sales and partner acquisition processes, I took over the responsibility for the rights overview. This task required attention to detail as the list was constantly updated and rights added according to new partnerships.

Furthermore, I was involved when the club negotiated with new potential partners. In these cases, my manager and I drafted and outlined the rights portfolios offered to the client. This entails first talking to several departments and stakeholders across the club (Legal Department, Partnership Manager, First Team Manager, etc.) to check availabilities and potential exclusivities for the partner and then consolidating all the negotiated rights to be included in the contract. 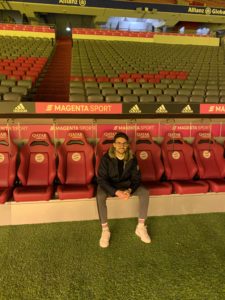 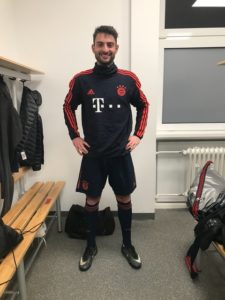 Next to these operational tasks, I was allocated with tasks driving long-term strategic development. For instance, I worked on the conceptualization of new rights or newly bundled rights packages to be included in the club’s portfolio. This comprised analyzing the status quo by crunching numbers and talking to relevant stakeholders as well as identifying potential areas of interest for partners and club.

In addition to this project, I worked on the club’s virtual advertising (VA) commercialization strategy for their markets of interest. Specifically, several factors were analyzed which determine a country’s attractiveness for the club and its partners. Based on these conclusions, the VA feeds structure was developed considering maximizing the revenue stream through VA and working on the ideal inventory utilization rate. During this project, also the club’s international offices in Shanghai and New York were important stakeholders.

Fortunately, the worsening Covid-19 has impacted my internship only to a small extent. Being one of the hardest hit regions in central Europe also the club’s daily operations were affected. On the one hand, the stadium capacity was reduced, and some matches were even played behind closed doors, on the other hand, however, employees were always allowed to go to the office buildings which was great for me to blend in, make connections and absorb this FC Bayern ‘Mia San Mia’ mentality.

A further major benefit when working for Bayern is that the club’s corporate offices and the first team facilities are in the same complex – meaning that when looking outside your office windows you see the pro team train and if you go for an after lunch stroll you bump into players and coaches with the likes of Julian Nagelsmann, Manuel Neuer, Robert Lewandowski, etc. Despite being one of the most prominent and successful clubs worldwide, the entire HQ area at the Säbener Straße is kept quite small and the image conveys the feeling of the club still being on the ground and connected to the local community – unlike many other big clubs. 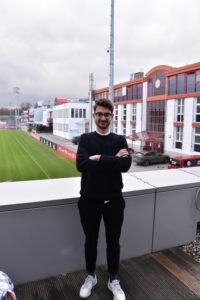 Spending three months in Munich at the most sustainable and financially healthy club in global football has been a terrific experience. In a nutshell, I was living the dream of everyone wanting to work in sports: working on exciting strategic tasks during the week and on matchday in the stadium, gaining insights into many departments, expanding my network and learning from the best in the industry. Next to these great experiences, also participating in weekly employee football matches on the first team’s training grounds was unforgettable.

Finally, I would like to thank The FBA for the continuous support, and especially Kristian and Marcin for making it possible and for working tirelessly to ensure that everyone got an internship according to her/his interest.

Simon is a Candidate The FBA’s Professional Master in Football Business 8th Edition. He can be contacted via LinkedIn.