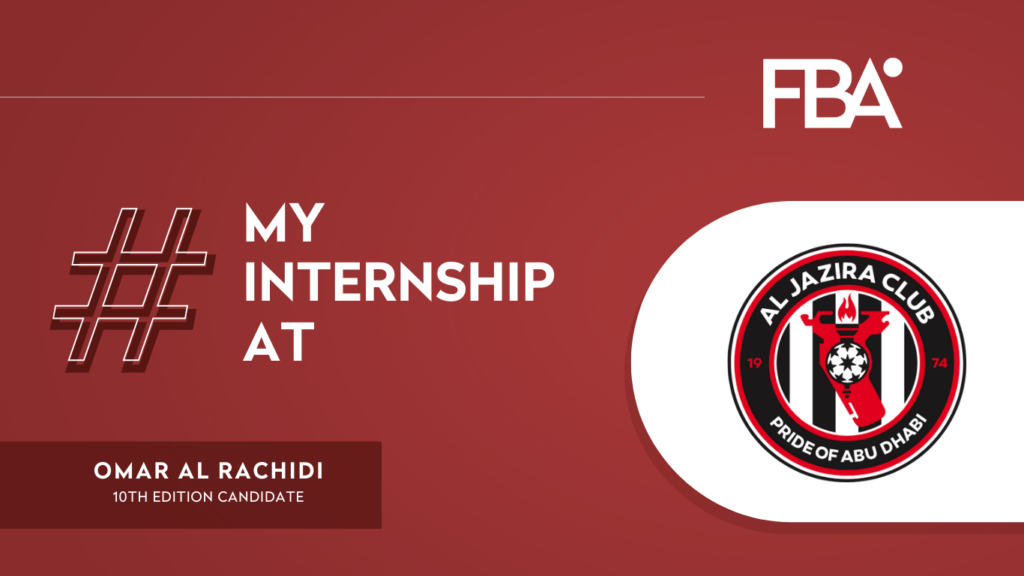 I started my internship very excited about the opportunity and motivated to learn and grow in the football industry. And I was fortunate to have a truly one-of-a-kind experience and to have met so many wonderful new people on the way. I loved every minute of my internship at Al Jazira Club.

The club is undoubtedly getting better year by year in every department. On the football side, the squad is consistently a contender for the league title. In terms of fan engagement, there have been significant marketing-related advances since last year and more people than ever are attending Al Jazira matches. It was during my second day at the club that I was able to attend the game against Al-Ain, which broke the fan attendance record. The atmosphere was fantastic, especially with 90% of the stadium filled! 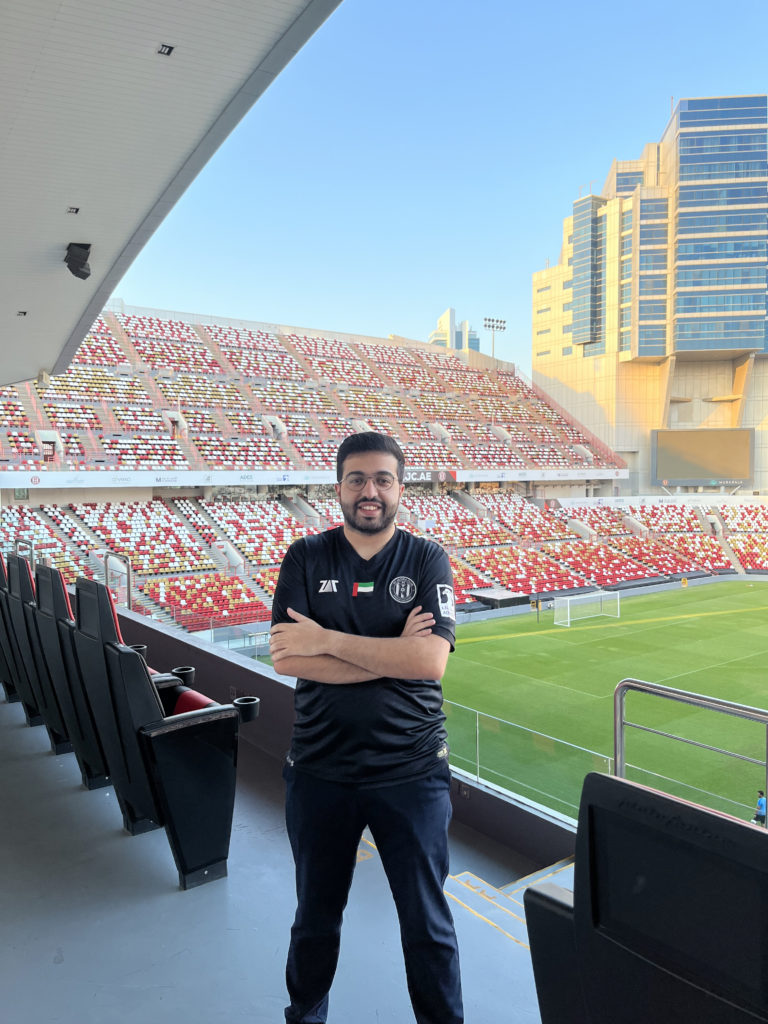 There are many innovative tactics being implemented to enhance the club overall, which I admire. As a result, those who work there will receive a plethora of valuable knowledge in the football industry.

My role at the club began as a Technical Analyst, working closely with the Sporting Director Mike Rigg.

Two major projects were ours to complete: Squad management and recruitment. As for squad management, we developed a system to centralize all the players’ data so that we could monitor everything related to them, from the U12s at our academy to the first team, hoping that this initiative will have a positive impact as a legacy and be used by current staff and newcomers in the future.

Recruitment was the second major project we handled. Unfortunately, Al Jazira lacks a scouting department and any sort of systems that could aid in player analysis or recruitment. The Sporting Director’s experience in this area inspired us to begin learning more about the hiring process. His prior experience working with some of the top football teams in England like Manchester City, Fulham, QPR, and Burnley, allowed him to teach us a lot about the procedure. To support in our search for the top players who meet the club’s financial and cultural needs, we also deployed several new technological systems. This particular process was a 24/7 project that we managed and continually developed in order to improve and eventually transform a profession into a lifestyle.

Overall, my experience working at Al Jazira was once in a lifetime. I’ve learned about the ins and outs of the football business and had the opportunity to play my part in choices that will have a direct impact on the club and its future. Finally, I want to express my sincere appreciation to Mike Rigg for giving me this opportunity.

Omar is a 10th Edition Candidate of The FBA’s Professional Master in Football Business. Reach out to him via LinkedIn.