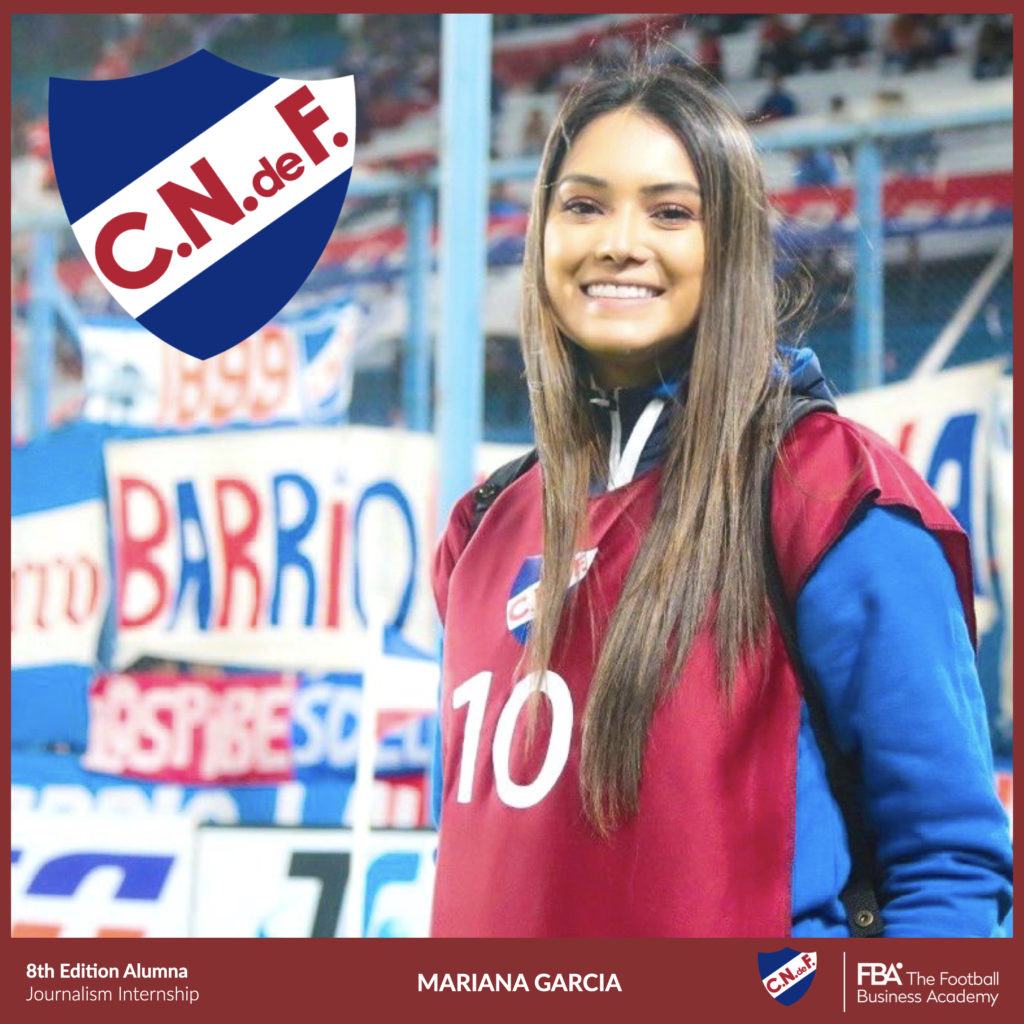 My Internship at Club Nacional.

As a sports journalist from Bolivia, I’ve been able to see up close the shortcomings that football faces in my country, both in sports and in management. For this reason, my goal in the master degree was to gain knowledge and experience that will allow me to be a contributing factor to the development of Bolivian football in the future. My main areas of interest are women’s football, football development, communication and marketing. 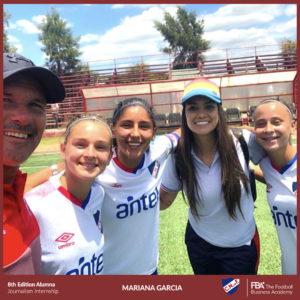 When I was offered an opportunity to do an internship at Club Nacional de Football, I was very excited about the idea of moving to Uruguay due to the football culture and tradition that the country has, as well as the importance of the club in the South American context. Because of the work of The FBA staff, I can say that my experience at Nacional was everything I expected from my internship. 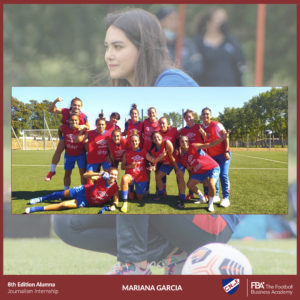 Since the beginning, the club’s Human Resources Department worked to get me government authorization to enter Uruguay and provided me with a corporate email for more fluid and formal communication with the club’s staff.

Once in Montevideo, I was introduced to the women’s football staff, who received me very kindly and made me feel a welcomed part of their team. The first week in the city was one of adaptation, where I got to know the training ground facilities, La Ciudad Deportiva Los Céspedes, the players of the women’s first team, the media with whom I was going to interact and finally, I was able to attend Nacional’s match in the Gran Parque Central, the Club’s stadium, a unique and incomparable experience.

Just a week later, we departed to Asunción, in Paraguay, to play the Copa Libertadores Femenina, a very big personal and professional challenge, since I had to organize the interactions of the national and international press with our players and coaching staff. In addition, I had to coordinate pre-match interviews and post-match press conferences, all in coordination with the women’s football communication and social media staff.

We were based in Asunción for a month, where I was able to live first-hand the experience of the base camp of a professional team in a top-level international competition such as the Copa Libertadores. I saw closely the dynamics and the logistics that take place, I was present at all the training sessions, the technical meetings, the group activities, and, of course, all the matches, experiencing each one of the emotions, the laughs, and the tears. The team had a historic participation, reaching the semifinals of the competition and obtaining a fourth place in the Continent. They received the support and respect of the fans, increased the interest of the press in women’s football, and, their outstanding achievement, gave the players the opportunity to be exposed internationally, with many of them obtaining contracts in Europe and Brazil afterward. 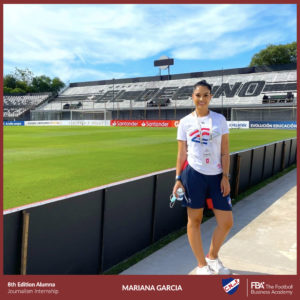 Upon our return, the marketing area and myself organized an activity in the Gran Parque Central to celebrate and recognize the participation of the players in the Copa Libertadores, where they were applauded by the fans.

Having been part of one of the biggest clubs in South America changed my life completely. I’ve experienced the fanaticism of the Uruguayan fans, I was able to witness the great project that Nacional has regarding women’s football and I was part of international competition as a journalist, but from the perspective of a club. The experience was so positive that when I finished the Professional Master in Football Business I received two job offers in my country.

I have nothing but gratitude for the players of Nacional, the coaching staff, the Club staff, the fans for supporting the women’s team, the media for their interest and facilitating my work and of course, The Football Business Academy, especially to Lucía Estévez, who encouraged me to accept this great challenge, a decision I will never forget

Mariana is an Alumna of The FBA’s Professional Master in Football Business 8th Edition. She can be contacted via LinkedIn.