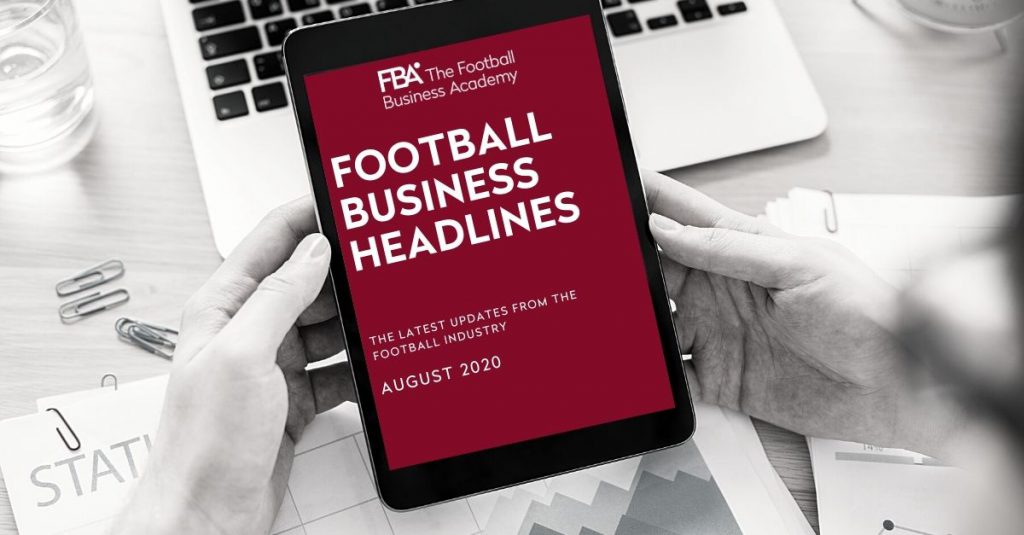 Premier League club Leeds United and JD Sports have reached an agreement which will see the Bury based sports fashion retail company become the official sleeve sponsors of newly promoted Premier League club for the 2020/21 season. The JD logo will sit on the left arm of both the men’s and women’s kits. (Source)

Thanks to an agreement between MY SPORTS and MyCujoo, all matches of the Myanmar National League will now be available as live stream on MyCujoo’s streaming platform. In a first of its kind, the partnership aims to develop a digital community and enhanced fan experience to fans in Myanmar. (Source)

“We look forward to helping accelerate the vibrant women’s game and are committed to the future of women’s football.” –  Ram Krishnan, Global Chief Commercial Officer, PepsiCo

FC Barcelona and FIFA collaborate on scientific study of women’s football. The research was carried out by the Barca Innovation Hub Health Department and comprised of examining different medical and physical parameters for footballers, as well as their responses to training and competition. FIFA funded the project with a desire to deepen their medical knowledge of women’s football. (Source)

Fans were allowed back to the stadium at the Suzhou Olympic Sports Centre in a Chinese Super League match between SIPG and Beijing FC. Up to 2,000 fans of both teams were permitted in the stadium. (Source)

Oceania Football Confederation and The English Football Association have launched a new webinar series in partnership named ‘Developing Mentors’. The five 90-minute online sessions aim at supporting the development of mentoring skills and will facilitate the participants to become mentors in their environment. (Source)