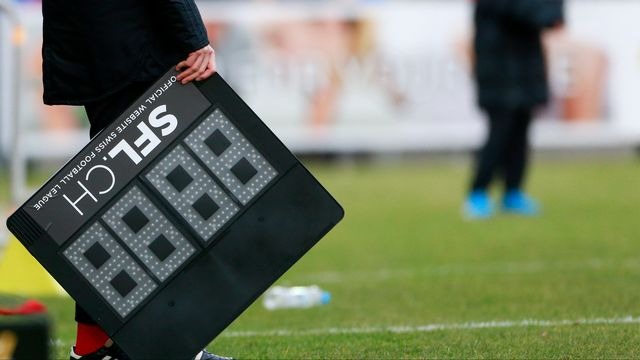 Draw Me a Strong League

This is one of the lessons learned from the crisis: football leagues seemed to be trapped in vested interests. How can we give them a new identity and a strong voice?

Without doubt the football leagues were in the worst position. Wedged between the regal authority of the state and the concerns of the private sector, between the sluggish umbrella federations and the voluntarism of the clubs. This spring, almost everywhere in Europe, those leagues have curled up, forced to take decisions without really knowing how. Elusive authorities without ideas nor leverage.

“It is often said that the League has no power, that it is a weak entity. It’s true” has summed up Nathalie Boy de la Tour, president of the French Football League, ghost ship prototype. But the French case is not an anomaly. The powerful English Premier League almost gave in to the whims of its five lowest-ranked clubs, the Eredivisie (Netherlands) may have to justify its brutal stop in court and the Swiss Football League (SFL) saved the essentials after having long given the impression of floating.

In theory, the objective is collective.

Despite the recovery and the temptation to forget the structural weaknesses revealed during this quarter of crisis, now is the time to analyze. And to ask this question: how do we identify a strong league? Are there recipes, in terms of governance, capable of ensuring that it has a strong voice? “A solid league is above all a grouping of clubs which share the same objective of collective development,” explains Olivier Jarosz, Managing Partner at advisory firm Club Affairs, after a decade spent at the European Club Association (ECA). “This common vision has been seen in Germany and in Spain, around the strong personality of Javier Tebas. Driven by its export policy, LaLiga has grown from 57 to 594 employees in 45 countries. In contrast, too many leagues are merely conglomerates of clubs with disparate interests in which the management of the status quo has become the norm.”

Yet how can we agree on a common future when the very rules of the competition are not unanimous? One of the most frightening lessons of the Covid-19 crisis was indeed that no championship had foreseen any provision in its regulations in the case of interrupting a season. A little light, right? “It is important to know that a federation or a league has a lot of freedom in the drafting of its statutes, those can be spread over three pages or over forty,” explains Olivier Ducrey, sports lawyer at Baker & McKenzie. “These texts often contain weaknesses or inconsistencies which are corrected over time according to events.”

Claudius Schäfer, the CEO of the Swiss Football League, doesn’t say anything different. “The crisis has indeed demonstrated that our statutes must be updated. But you can’t anticipate everything, and football was not the only sector caught off guard by the effects of this pandemic. That being said, this shortcoming may also indicate that we are too drawn into the day-to-day management. Even before Covid-19, it was decided that a task force would look into whether the structure of the SFL still meets current challenges. No doubt we have to think about separating day-to-day management from strategic vision matters in order to better plan for the future and better anticipate. “

Yet a “strategic vision” implies a renewal of people and ideas; which is pretty much the exact opposite of the preferred model in most leagues. “How can we expect leaders who have been there for thirty years to push forward innovative ideas in terms of business, digital development or community involvement?” questions Olivier Jarosz. “Too many leagues are run in isolation. They suffer from what I call the owner’s syndrome. The more money an investor puts in, the more he feels indispensable and thinks the club will die if he gives up some of his power.”

A description that fits the Swiss landscape fairly closely since all the members of the SFL committee (except President Schifferle) are president, CEO or owner of a club.

“These committees are made up of members with too similar profiles, crossed by conflicts of interest, often elected by co-optation and whose investment is relative. They imperatively need transverse profiles to push them to open up to a form of modernity,” describes Olivier Ducrey before giving a concrete example. “We recently facilitated a deal between Fiorentina and an Indian club. The former offered know-how, coaches and players in exchange for commercial opportunities. For the past few months, Swiss clubs have been attracting a lot of interest in this kind of merger, even for capital additions. But they rarely follow through. It’s as if there is no third way between “selling to anyone” and “refusing as a whole”. The big ones cling to their privileges, the small ones to their crumbs and the League maintains this status quo.”

Among these criticisms, Claudius Schäfer can hear those relating to conflicts of interest. “It is obvious that in a period of crisis, a president will first think about the situation of his club. I agree that independent voices should be included in strategic bodies.” Even if it means opening them up to various football stakeholders: players’ union, technical staff, media and supporters? “Why not? It’s time to say goodbye to the old ways. But let’s be honest, the perfect knowledge of the reality of our members’ clubs was also an asset in crisis management. And the large majority obtained during our extraordinary assembly validated the good functioning of the SFL.”

In the end, if leagues have every interest in rethinking their governance and diversifying their leadership, they must above all find their own battles. Areas of excellence that clubs agree to delegate in a form of transfer of sovereignty. “In Germany, the clubs have transferred the digitalization topic to the Bundesliga. LaLiga has focused on internationalization through Spanish embassies and got clubs to manage their digital content in certain territories, such as China,” says Olivier Jarosz. “The Polish league is now trying to sell TV rights abroad. These projects create a sense of ownership which, in turn, strengthens the league.” Exactly what was too often missing during this uncertain spring.

Previous post Ronit Samal: Mumbai City FC – Destined for Success? Next post The FBA to Collaborate with PTI as part of Educational Partnership