Saturday April 9th; AEK vs Apollon. The very first time I ever stepped foot in a professional soccer stadium. A 3-3 draw was not the result we wanted but the energy and passion from the Apollon fans had me hooked. Coming from an area of the USA where soccer is overshadowed by other major sports, seeing the overwhelming passion of the Cypriot fans was the beginning of a three month journey I will never forget. 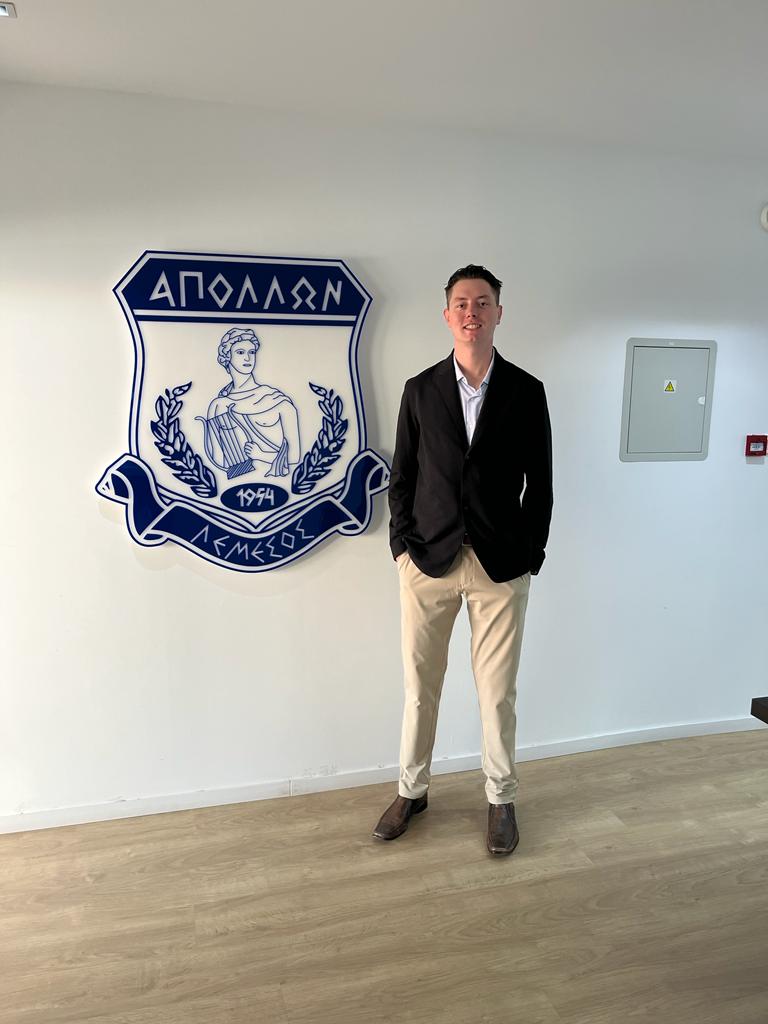 Apollon FC is a small club with an office environment that would make anyone feel like part of the family. I was immediately accepted into the Apollon family from the President to the rest of the staff. Upon my arrival, Apollon was in a feverish fight at the top of the table for the championship and European qualification. When I started my internship at the club, we were riding 6 straight ties, and the first-place gap was shrinking. Right away I could feel the intensity in the office, and the necessity to get a win. I had to wait a month to feel the rush of a win when we beat APOEL 3-2 on May 8th. Despite this wait, my boss Christoforos Matheou kept us on track with ticket sales, stadium operations, and intensive work on the new Limassol stadium being built.

The size of the club allowed me the opportunity to be very close to the top level of major decision making and give my opinion. I owe a huge thanks to Chris for creating a work plan which incorporates interns like me to be able to follow along with and give input to major decisions made at the club, despite not knowing how to speak Greek. My opinion was never tossed aside in my time with the club, and everyone in the staff was keen on seeing me succeed. After our 4-1 victory against Aris the Championship was officially ours! This was the start of a celebration I will never forget for the rest of my life. The city of Limassol essentially shut down for two weeks. 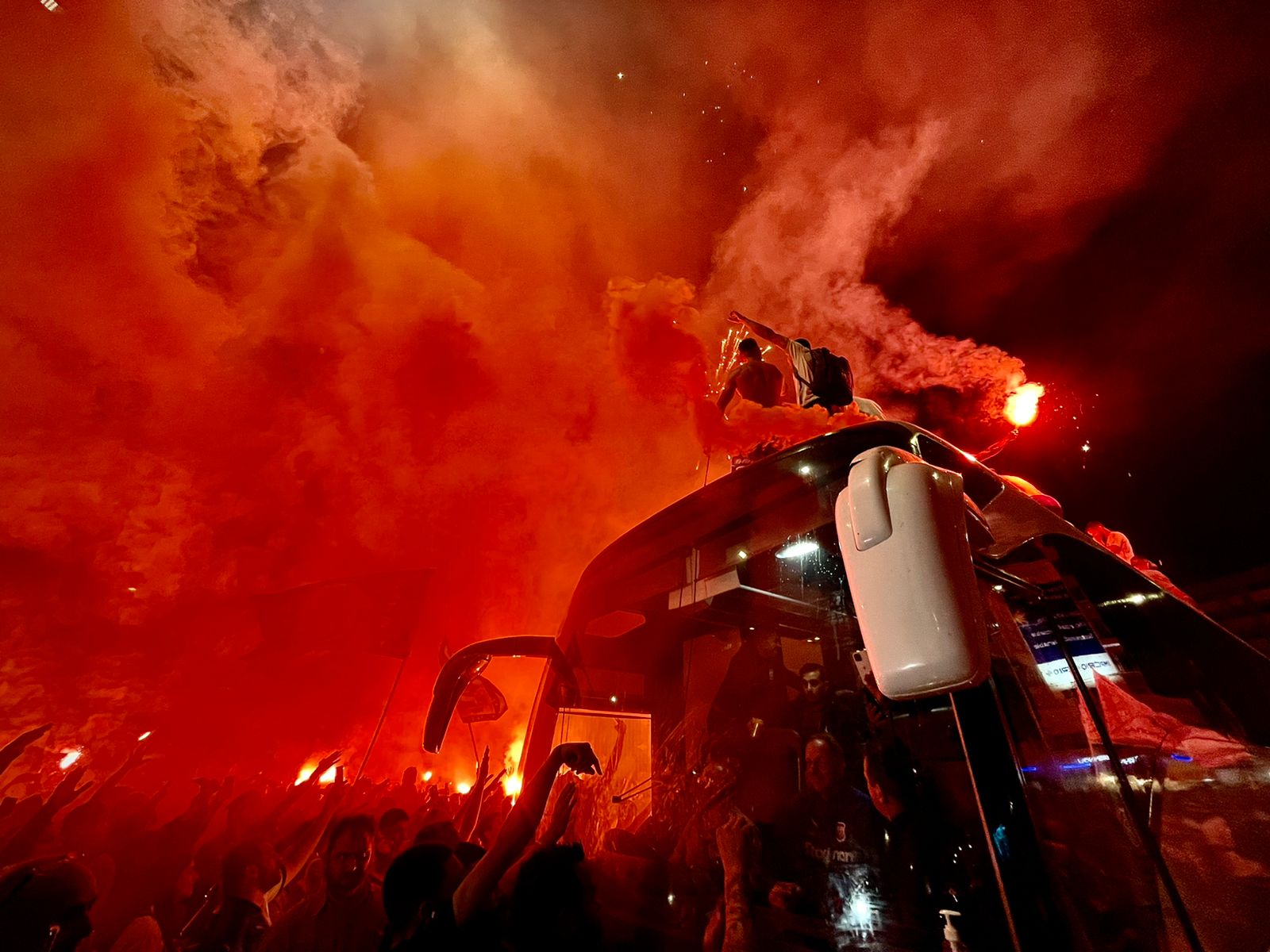 After the championship celebrations, there was still plenty of work to do with the new Limassol stadium. This work was crucial, and for us the most difficult. Prior to my journey with The FBA and Apollon, I spent 3 years in construction logistics. The new Limassol stadium gave me a chance to gain experience in an entirely different aspect of construction. A new stadium was a new experience for my boss Christoforos also, so this was a challenge for us both.

Overall, my internship at Apollon FC was a once in a lifetime experience. I made so many new friends and was blessed to experience something totally unique. I was exposed to the ins and outs of the football industry and was able to help make decisions that will have an impact on the club going forward. I owe my biggest debt of gratitude to Christoforos Matheou for giving me this experience. He went beyond being just a boss, he also became a friend. 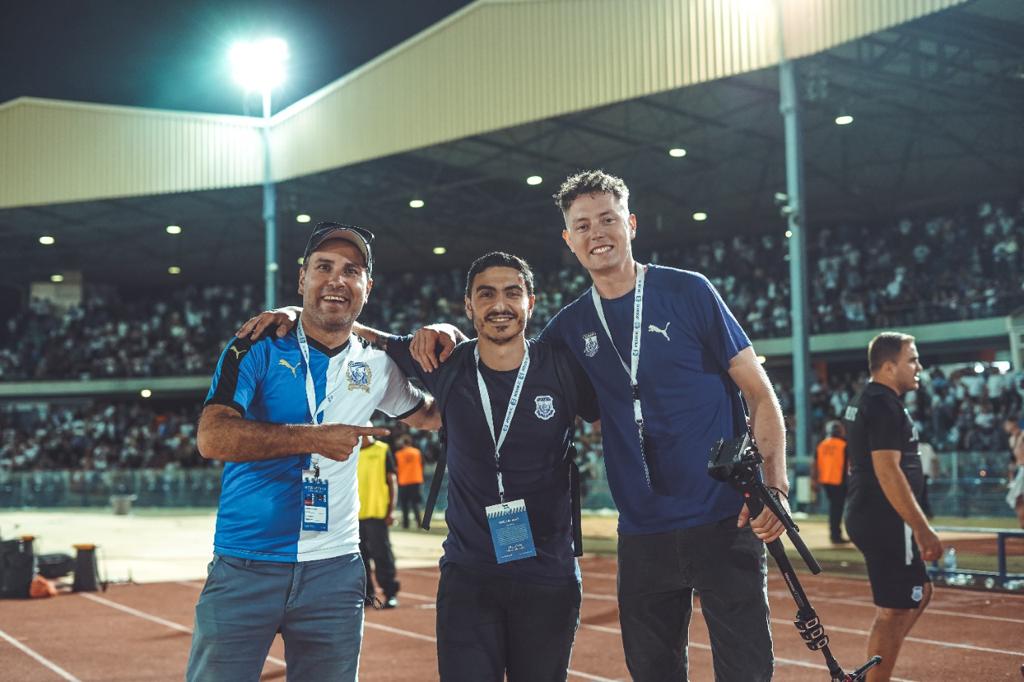 To any prospective FBA candidate reading this, don’t be afraid to accept an unfamiliar challenge, it might just become the experience you’ve been yearning for!

Apollon Limassol FC is part of The FBA Family since November 2020, being a great partner to collaborate with since then.

Brady is a 9th Edition Candidate of The FBA’s Professional Master in Football Business. He can be contacted via LinkedIn.