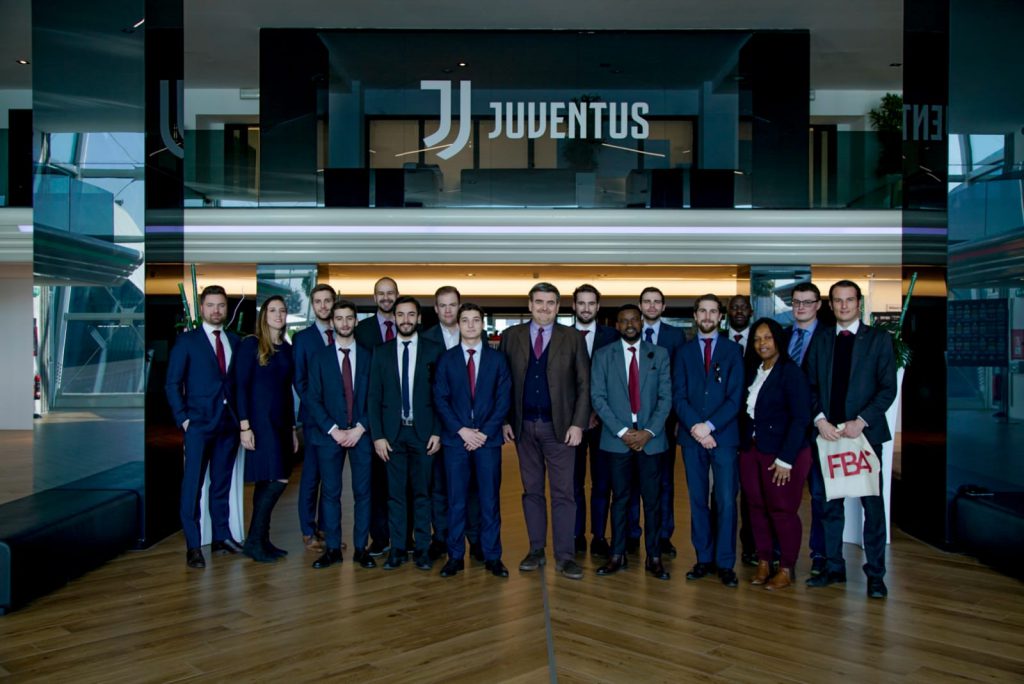 Andrea Redaelli: Reflections from the Field Trip to Juventus

“Thanks to Juventus and The FBA, I had the possibility to prove the same excitement I felt when, as a 7-year-old child, I cheered for the first time in my life at Stadio Delle Alpi. However, this time I was thrilled by the intriguing business perspectives of the club!”

Since childhood, my biggest passion has always been football, but more importantly from the cradle onwards I became a beloved enthusiastic supporter of “The Old Lady”. Notably, I will never forget that sunny and radiant Sunday afternoon of January in the far 1999, when for the first time I had the chance to attend a match of Juventus at Stadio Delle Alpi together with my older brother Alessandro. On that occasion, the huge and old-fashioned nineties arena with roughly 67,000 seats was circled by the athletics track and for this reason I could barely see my idols. Nevertheless, my experience was a blast! A very young and green Thierry Henry was sitting on the bench in the first half of the game and Perugia Calcio was ahead by one goal. Ten minutes after the 2nd half’s kick off, “the Bianconeri” overturned the result to 2-1 with two spectacular headshots of “El Castor” Fonseca and the French star “Zizou”.

Now, 20 years later, I’m about to complete my Master’s Degree in the football business industry and last week I participated in the first-ever Italian field trip of The FBA, at the Allianz Stadium, the new home ground of Juventus since the start of 2011-2012 season.

The welcoming was very warm and friendly. In fact, surprisingly, the Head of Stadium and Facilities, Francesco Gianello, introduced all of us to his second home. Basically, he explained to us why it had been a necessity for the club to renovate the old sports complex, creating the new 41,500 all-seater football facility on the ashes of Delle Alpi football playground. The venue currently organizes and manages 28 matches per year. In addition, this young creature never sleeps, by staying active for non-match-day activities such as B2B events, stadium tours and J-Museum visits to name a few, attracting as many as 70,000 additional visitors per year. From the smooth and shining parquet which gives a delicate touch to the V.I.P. entry where we were greeted, we were directed to the Legends Club to enjoy a delicious business lunch consisting of specialties from Piedmont. Once we finished tasting the flavorsome Italian cuisine, the whole FBA Family was led to the multifunctional space dedicated to all Juventus fans, the J-Juventus Megastore where some of us took the opportunity to buy a CR7 black and white jersey. Usually, this area is used by “Tifosi Bianconeri” for meet & greet moments. 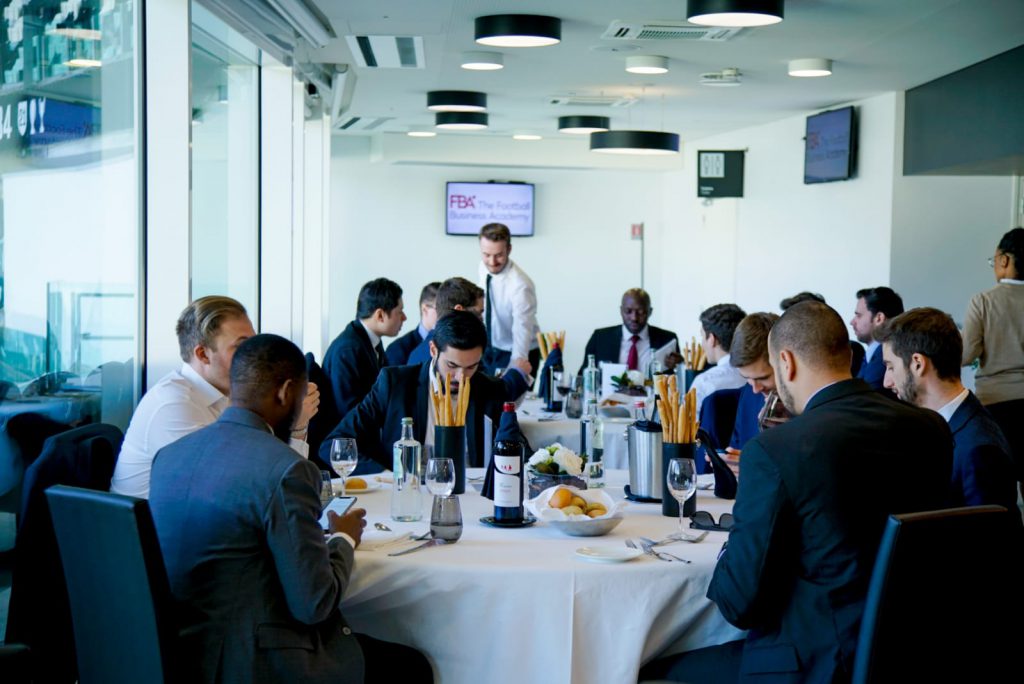 Business lunch at The Legends Club

After a brief visit to J-Museum, where we relived all the club’s history and triumphs, we sneaked into the hidden cavities of the stadium. Passing through the mixed zone and the media and photographers’ working area, we finally arrived into the most intimate local of the honeycomb: the changing room of the 7 in a row Italian Champions. Down there, the smell of victory teased our nostrils. Finally, we completed our personal tour 14 feet below street level inhaling the grassy scent of the playing field. All this stunning adventure for an Italian lifelong Juventus supporter as myself was going to culminate in the most interesting part of our outstanding journey. I, personally, was delighted to meet again Domenico Novella, the International Business Development Lead of Juventus in EMEA and Asia. This knowledgeable and brilliant football professional presented us the international development landscape under a different perspective, with a practical and insightful approach typical of a real businessman. Last but not less fascinating, Vincenzo Ampolo, the Public Affairs Analyst of the club, provided us with a business overview of the new sports entertainment company that is Juventus nowadays, pointing out that “If yesterday it was all about football, today it is all about the brand whose core business is football”!

Unfortunately, my glorious day ended here but thanks to Juventus and The FBA, I had the possibility to prove the same excitement I felt when, as a 7-year-old child, I cheered for the first time in my life at Stadio Delle Alpi surrounded by the choirs of Black and Whites Ultras. However, this time I was thrilled by the intriguing business perspectives of the club!

And believe me or not, one day I will join this club. It is my promise.

Andrea Redaelli is a Candidate of The FBA’s Professional Master in Football Business 2nd Edition, expected to graduate in March 2019. He can be contacted via LinkedIn.