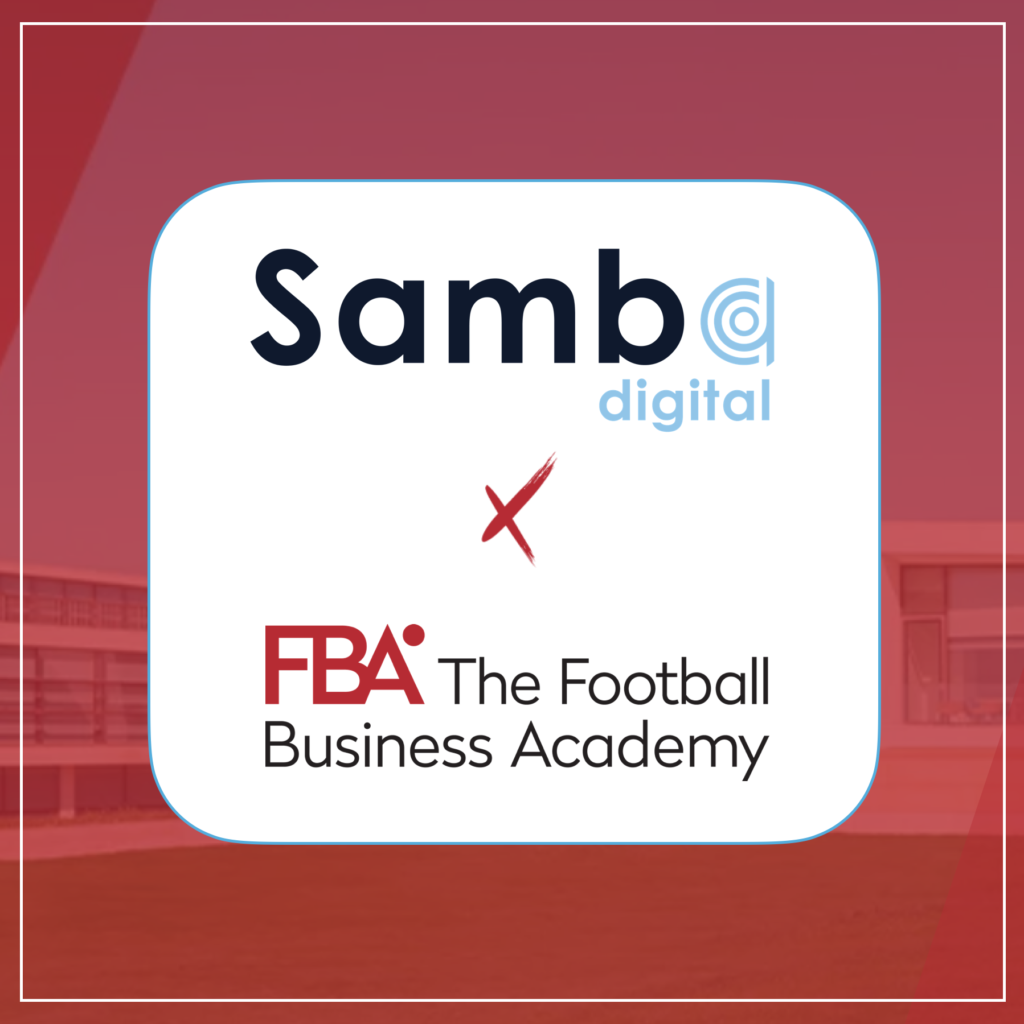 The FBA to Collaborate with Samba Digital

The Football Business Academy and Samba Digital have entered into an agreement that will see the Swiss educational institution work together with the international sports and entertainment marketing agency.

“We’re delighted to become an Educational Partner with The Football Business Academy. Offering their talented students an opportunity to gain hands-on experience in the football industry, and opening our own business up to new ideas in what promises to be a huge year for us.”.

“It’s a pleasure to announce a new partnership with Samba Digital. Their global presence and growth plans make it a natural fit as The FBA Candidates – who themselves are spread around the world – can support the agency with their various needs and get a taste of what it’s like to work in this fast-paced environment.”

The Football Business Academy is pleased to announce its partnership with Samba Digital. The agency has quickly established itself as one of the world’s leading specialists for localized content, PR, and communications, with a football client roster including the likes of Liverpool, PSG, Juventus, Ligue 1 and Eintracht Frankfurt.

The Miami-based agency helps rights holders to develop their global presences across Latin America, the US, Asia and beyond, cumulatively reaching over 300 million fans per day in the process. Across its different services such as community management, graphic support, localized campaigns, video production, PR, and monetization practices, Samba will now be able to tap into the skills and passion of FBA Candidates looking to develop their careers in the wider football industry.

Across The FBA’s Professional Master in Football Business, Candidates are exposed to real industry knowledge, experience, and networking opportunities, thereby facilitating their transition to the world of football. As such, Samba Digital is joining a network of more than 50 Partners who contribute to this overarching objective while tapping into a high-quality talent pool.

Samba Digital is an American digital agency specializing in sports and entertainment that works with rights holders to develop their audiences around the world – and whose main objective is to help its customers develop their international presence. The agency works with clients in the fields of football, basketball, rugby, tennis, motorsports, cycling, betting and esports.

The Football Business Academy is a Swiss-based high level international educational institution whose goal is to accelerate the professionalization of the football industry and develop future leaders in the game. Founded in 2017, its flagship program – the Professional Master in Football Business – was co-developed with international football industry experts from around the world around one foremost objective: to provide Candidates with all the necessary tools and an optimal learning environment in order to succeed in this passionate and dynamic industry. Other partners of The FBA include Olympique Lyonnais, Horizm, Beach Soccer Worldwide, SC Braga, Fnatic and Club Nacional de Football.