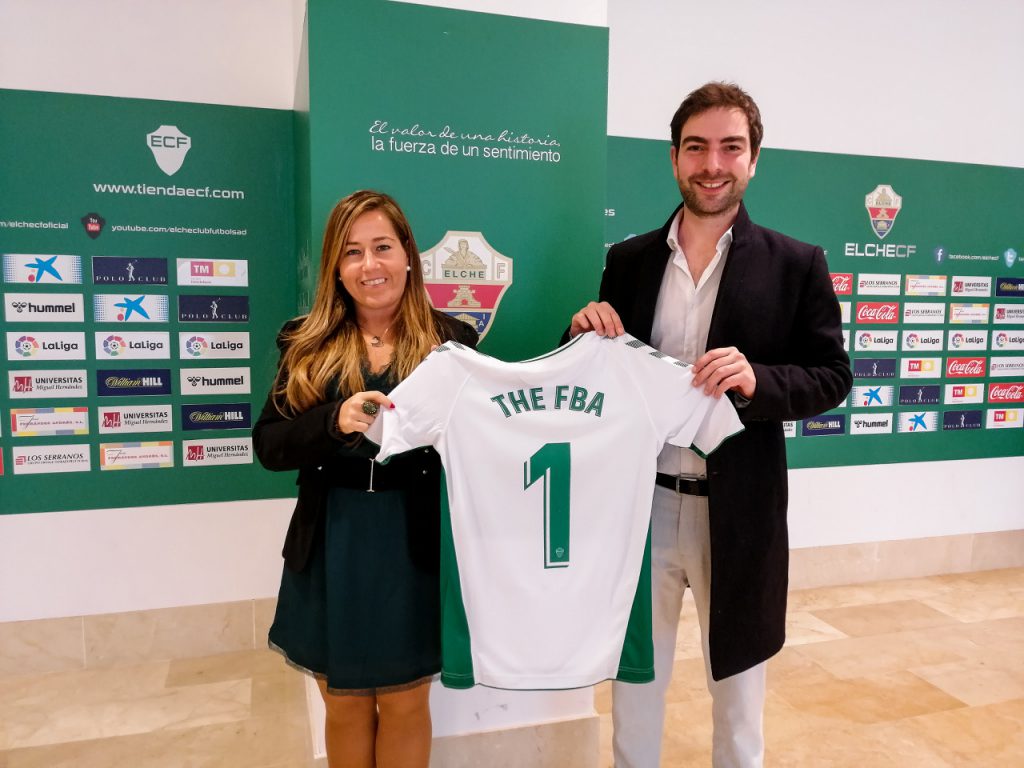 The Football Business Academy and Elche CF have entered into an agreement that will see the Swiss educational institution and the Spanish football club collaborate.

“It is a privilege to associate with The FBA which defends and promotes education and professionalization in the world of football. This partnership is aligned with the new strategic plan that we are developing in Elche CF, in which we welcome talent with a high level of education to contribute in the goal of professionalization of the Club, benefiting from knowledge, and vision of students from all around the world. Furthermore, I want to highlight The FBA’s commitment to elevate the role of women in leadership positions, something that I fully support.“

“We are very proud to welcome Elche CF as our newest Partner. This is our 4th partnership with a Spanish club and we are very much looking forward to collaborating that will mutually see both parties benefiting in various projects. To be able to partner with such a historic club that do such positive projects and initiatives for social inclusion, I would like to thank Patricia and her team for their collaboration and we are excited to creating invaluable experiences and impact on the growth of the club and our Candidates’ future professional careers.”

The Football Business Academy is delighted to partner with Elche CF. Located near Alicante, Elche is competing in Spain’s second division, LaLiga SmartBank. With the appointment of CEO Patricia Rodriguez earlier this year, the club has embarked on a project to revitalize the brand image of the club and prepare it for a strong, sustainable future through a more modern and innovative club management approach. In more recent weeks, the club was bought by Score Club 2019 SL, an investor group of which Argentinean businessman Christian Bragarnik is a shareholder, thereby bringing more resources for the development of Elche CF. The club has also increased its social responsibility efforts by having joined LaLiga Genuine, a league made up of teams comprising solely players with intellectual disabilities.

As part of this partnership, Elche will start offering internship placements for FBA Candidates who have an interest in various aspects of club management, such as sponsorship, finance, or marketing. Furthermore, the club will be able to sanction Student Business Projects to help them advance topics of strategic interest in collaboration with groups of FBA Candidates who work on these consulting projects for two months, bringing together their practical understanding of the football industry and innovative ideas to senior management.

Elche CF is a Spanish football team based in Elche, a town in the Valencian Community. Founded in 1923, the club plays in LaLiga SmartBank (Spain’s second tier), and play their home matches at Estadio Manuel Martínez Valero, with a capacity of 33,732 seats. They currently sit 7th in the 22-team league.

The Football Business Academy is a Swiss-based high level international educational institution whose goal is to professionalize the management of the football industry and facilitate the insertion of qualified professionals and future leaders in the game. Its flagship program, a Professional Master in Football Business, was co-developed with international football industry experts from around the world around one foremost objective: to provide Candidates with all the necessary tools and an optimal learning environment in order to succeed in this passionate and dynamic industry. Other partners of The FBA include Benfica, Real Mallorca, ESSMA, Common Goal, the Ukrainian Premier League and Eibar SD.