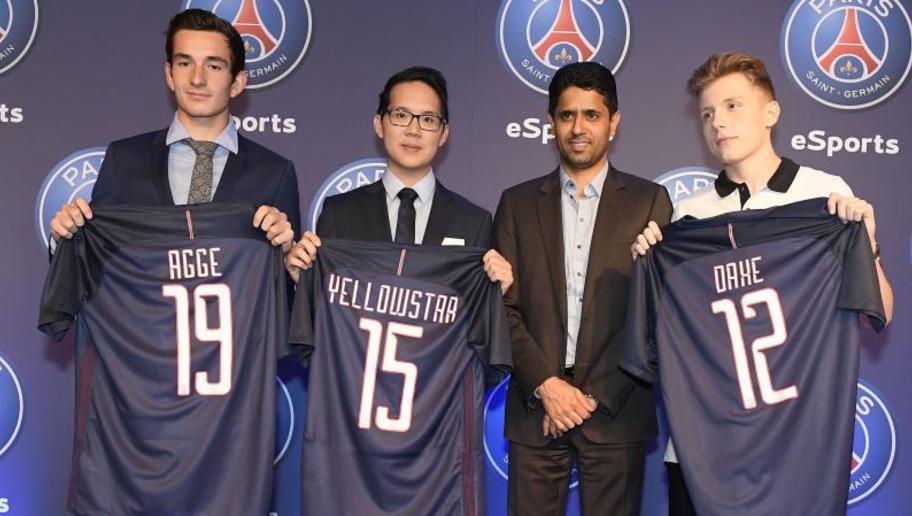 Stanislav Ivanov: 7 Reasons Why Football Clubs Are Investing in eSports

About a month ago, I flew to China for one of the biggest football conferences in the world – Soccerex. It was the first get together of 17 candidates of The Football Business Academy’s 2nd Edition and it was aligned with the event. When looking at the list of panels, I was quite surprised to see eSports on the agenda. I began to wonder, what do football clubs and video gamers have in common? Sure eSports are booming and they are attracting opportunistic investments from investors and sport clubs, like Schalke 04, PSG, AS Roma, West Ham and even Manchester City, but is it really a good idea? After an hour-long panel and some extensive research on my part, it looks like the reasoning is solid. So, if you work for a club or in the sports industry, here are 7 reasons why you might want to consider jumping on the eSports wagon:

1. “The rising tide lifts all the boats”

John F. Kennedy’s famous quote sums it up. You can probably run a mediocre eSports team and still do very well because of what is happening in the sector. Audience and Revenue Growth are hard to ignore. eSports is a $10 billion dollar industry if we include software sales, streaming service, etc. The sporting component, however, is much smaller. In 2017 the industry generated nearly $700 million in revenues. And it’s projected to grow to $1.5 billion in 2020. That’s a Cumulative Aggregate Growth Rate (CAGR) of 41%.

Reducing financial volatility is on top of any football club’s CFO’s list. A difficult task, considering most of the uncertainty in a football club comes from on the pitch performance. How can a club sustain high fixed expenses when having a poor season? By diversifying revenues. Some clubs dabble in hotel complexes, real estate projects, beer pubs and financial services, while others look to eSports.

Kuro Takhasomi, the top eSports earner in 2017 had made $2,436,772 according to esportsearnings.com., not nearly as much as Ronaldo, but salaries of professional gamers are increasing at a very high pace. Most professional players, depending on the game will earn $2,500 to $4,500 per month in salary, plus bonuses and benefits. Those numbers are expected to rise significantly in the near future. Just like in football, player salaries are a large proportion of running a team. Some clubs invest in a gaming house – a co-operative living arrangement where several players live in the same residence. Most clubs refrain from such fixed expenses initially.

Kit sponsors and stadium advertisers are likely having challenges attracting the younger demographic also known as millennials. Unlike their parents, they are very difficult to reach through radio, TV, print and outdoor media. They consume content on different channels and in different ways, they are not very loyal to brands and are very likely to engage with content online. This evasive younger audience is the dream of many advertisers. Your eSports team audience might be just what your sponsors are looking for.

Not only do most football players play video games, they are eager to get involved with eSports. For in-house FIFA teams, football players are tripping over each other for the opportunity to be brand ambassadors. Some players even go as far as sponsoring or investing in eSport teams. Reportedly, French players Sissoko and Sofiane Feghouli are investors in eSport companies.

6. Attracting new fans for the club

Many leagues are struggling with attracting younger audiences. Premier League for one, is having a demographic crisis. The average age of a supporter is 41 years old and getting older. eSports caters exactly to that demographic. According to SuperData Research, 45% of viewers of eSports are under 24, and another 29% are 25-34.

7. eSports business is aligned with what football clubs do best

I could have listed a few more benefits. “Looking cool and getting bragging rights” was a strong consideration, but I will have to save it for another time.

Stanislav Ivanov is a Candidate of The FBA’s Professional Master in Football Business, expected to graduate in February 2019. He can be contacted via LinkedIn.

Previous post Adrien Poujade: My Journey at Entourage Sports & Entertainment as an FBA Candidate Next post Changing the Landscape of Football Development: The Kasaona Football Academy